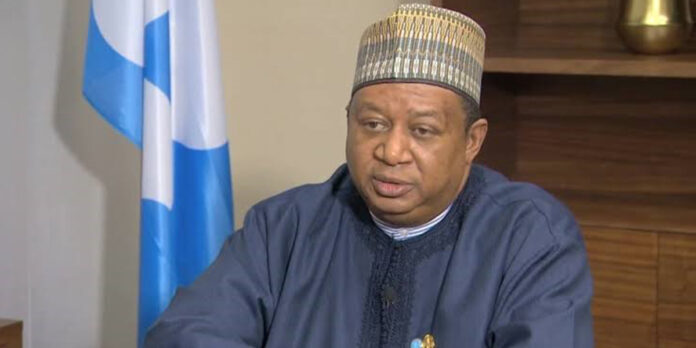 The Organisation of the Petroleum Exporting Countries (OPEC) says the global energy demand is set to increase from 275 million barrels of oil equivalent a day (mboe/d) in 2020 to 352 mboe/d by 2045.

“No single source of energy can meet this demand growth alone,” Barkindo said quoting OPEC’s World Oil Outlook, its flagship publication which looked at the longer term projections for the industry,

According to the Secretary-General, the global population is expected to reach 9.5 billion people by 2045, an increase of 20 per cent.

“Demand for ‘Other renewables’ —  combining mainly solar, wind and geothermal energy- represents the single largest incremental contribution to the future energy mix, rising from 6.8 mboe/d in 2020 to close to 36.6 mboe/d in 2045.

“Moreover, it is also the fastest growing energy source with its share in the global primary energy mix. This means renewables’ share of the energy mix is projected to rise from 2.5 per cent in 2020 to 10 per cent in 2045.

“Clearly, multiple sources of energy are required to meet this rise in demand. Oil is forecast to remain the fuel with the largest share of the global energy mix until 2045,” he noted.

“We need to ensure energy is accessible and affordable for all, we need to transition to a more inclusive, fair and equitable world in which every person has access to energy as referenced in UN Sustainable Development Goal Seven (SDG7).

“And we need to reduce emissions. It is an energy sustainability trilemma, with each piece having to move in unison.

“The challenge of tackling emissions has many paths, as evidenced by the Intergovernmental Panel on Climate Change, the United Nations Framework Convention of Climate Change (UNFCCC) and the Paris Agreement.

“It is not just one path for all, whether that be a country or an industry.

“The capacities and national circumstances of developing countries must be taken into account in all actions.

“In order to not render countries already struggling even more besieged, it is necessary to carefully consider the adverse socio-economic impacts on these countries due to mitigation activities, in order to identify remediation measures and share best practices,” he said.

He added that cumulative oil-related investment requirements amounted to $11.8 trillion in the 2021-2045 period.

According to him, of this, 80 per cent, or $9.2 trillion is in the upstream, with another $1.5 and $1.1 trillion needed in the downstream and midstream, respectively.

The OPEC boss said the investment requirements, clearly underlined that any talk of the oil and gas industries being consigned to the past and of the need to halt new investments in oil and gas was misguided.

“Any shortfall could have severe consequences, particularly if supply falls and demand does not. We could see crude oil and product shortages, all of which would have an impact on the global economy,” he said.

He said investing in technologies such as blue hydrogen and Carbon Capture Utilisation and Storage (CCUS), while harnessing the ‘reduce, reuse, recycle and remove’ carbon principles were all critical paths towards a sustainable society in Africa.

“These principles not only minimise the environmental impacts of Green House Gas (GHG) emissions, but also contribute to achieving socioeconomic development and prosperity,” he said.

Additionally, he said hydrogen production development could make Africa a net exporter in the global market.

He further noted that the unfortunate reality for developing countries was that a staggering 759 million people worldwide did not have access to electricity in 2019, with three out of four of them in sub-Saharan Africa.

Moreover, he said there were roughly 2.6 billion people or 34 per cent of the global population who did not have access to clean cooking fuels and technologies.

This, he said included a massive 70 per cent of Africans who had no access, exposing them to high levels of household air pollution.

According to him, the energy poverty numbers for Africa are stark and Africa accounts for less than three per cent of global emissions.

“As an industry, we must approach these critical issues together through dialogue and cooperation, ensuring that all voices are heard and all viewpoints are considered.

“In this manner, we can reinvent the industry to allow it to fit with a just, equitable and fair energy transition, where no one is left behind.” Barkindo noted.