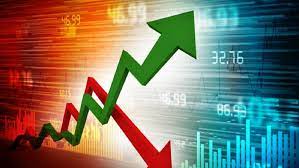 Ghana’s inflation rate reached 23.6per cent/ in April from 19.4per cent in March. The new record depicts its highest since January 2004.

This was revealed by Samuel Kobina Annim, Government Statistician/ for Ghana who stated that/ imported items surpassed locally produced items for the/ first time in 29 months.

War in Ukraine and a ban on palm oil export by Indonesia led to higher costs of imported goods such as cooking oil and gasoline and reflected in the headline inflation that surpassed the central bank’s target band of 6per cent to 10per cent for the country.

Meanwhile, the central government of Ghana had been trying to control the persisting surge in prices and boost the economy by cutting spending.

During the month of April, prices jumped 5.8per cent as food price growth reached 26.6per cent year-on-year from 22.4per cent in March while non-food inflation accelerated to 21.3per cent in April from 17perct the previous month.