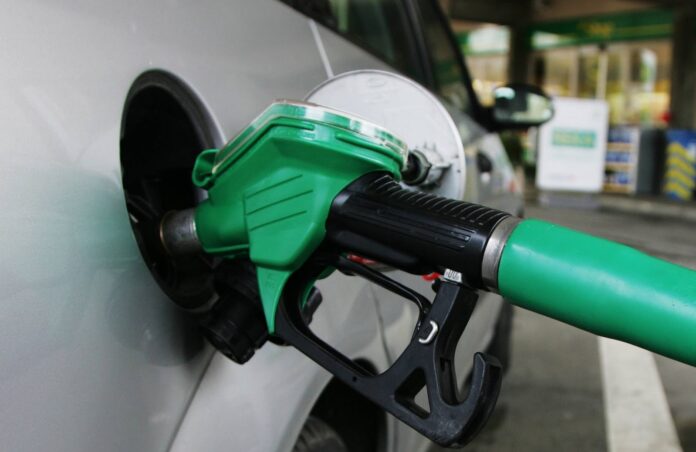 …Assures of collaboration  with stakeholders for adequate supply during  election

The DSS had given the NNPCL and oil marketers a 48-hour ultimatum to make PMS known as petrol, available for Nigerians.

This was disclosed on Thursday by Peter Afunanya, the Spokesman for DSS, while briefing journalists at its office in Abuja after a closed-door meeting with stakeholders in the petroleum sector.

He stated that NNPC assured during the meeting that it has sufficient product to serve Nigerians during and after the Yuletide season.

He said the DSS would activate its operations across the country if they failed to comply with the directive.

However, the NNPC GCEO, Mallam Mele Kyari  later announced the determination of the company to release the 1.9billion litres of PMS. The meeting with the DSS is a follow up to  persistent fuel crisis and game blaming by players in the downstream sector. The DSS had invited NNPCL GCEO, Chief Executive of Major Oil Marketing Companies (MOMAN), Depot and Petroleum Marketers Association of Nigeria (MOMAN) and Independent Petroleum Marketers Association of Nigeria (IPMAN).

Briefing journalists after the meeting on the issues discussed concerning the supply of petroleum products, the GCEO who was represented by the NNPC CFO, Umar Ajiya, disclosed that the company is set to release  1.9billion litres of PMS to address and eliminate long queues at filling stations nationwide.

He also assured Nigerians of adequate supply of  PMS to curb scarcity in the country.

On the aspect of supply, distribution and pricing chain, Kyari assured Nigerians of robust supply of PMS in collaboration with other stakeholders. He urged Nigerians not to panic as the company would continue to increase supply of PMS into the market to ensure ease of transportation during the general elections. This, he promised, would be done in collaboration  with the regulator and Petroleum Marketers to eliminate profiteering

“We have also  directed operation team to engage in 24hours loading of PMS in the next couple of days and make sure some outlets  operate 24hours  without compromising security in order to bring quick relief to the people,” he stated.

Speaking, the Executive Secretary,  Major Oil Marketers Association of Nigeria – (MOMAN) Clement Isong, said the association is committed to collaboration with the NNPC to improve distribution, operation and achieve operational excellence. He admitted that there has been some distribution challenges along the line but certain decisions have been made to enhance distribution which if implemented will arrest long  queues at  filling stations.

In his words, Executive Secretary Depots and Petroleum Products Marketers Association of Nigeria (DAPPMAN) Adewole Olufemi, commended NNPC and DSS for conveying the meeting that helped to address the challenges faced by Marketers and depot owners.

This, he said, also helped to resolve  issues of forex component. He gave assurance of working 24hours to make sure that queues in the metropolis are brought to the bearest minimum without any form of harassment.

Also speaking,  President, Independent Petroleum Marketers Association of Nigeria (IPMAN) Chinedu Okoronkwo, stated that it’s no longer business as usual as IPMAN remains committed towards ensuring adequate fuel supply. This, he said, would be monitored in a way that  will not jeopardize national interest

Meanwhile, Nigerian Association of Road Transport Owners (NARTO) Kasim Batarya gave the assurance that enough tanker trucks would be made available to lift PMS  at the depots for distribution.

The President, Nigeria Union of Petroleum and Natural Gas Workers (NUPENG), Akporuhe Williams, said arising from the stakeholders engagement, NUPENG  has agreed to mobilise all members across the states to shun sharp malpractices and to ensure availability petroleum products across the country.

Earlier, the Chief Executive, Nigerian Midstream and Downstream Petroleum Regulatory Authority, Engr. Farouk Ahmed pledged to collaborate with NNPC and all stakeholders in order to make sure issues regarding supply of petroleum products are well addressed and to ensure smooth access.