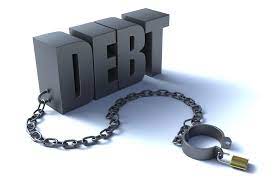 The debt stock is heading to N38 trillion in 2021 amid the Federal Government’s borrowing plan to finance the budget deficit, according to analysts at Cordros Capital limited.

They stated that that subtle devaluation of Naira, increase Eurobond and domestic borrowing rates are also expected to impact Nigeria’s debt cost in the year.

The Minister of Finance, Budget and National Planning, Zainab Ahmed last year hinted that the country’s  total public debts would hit N38trillion in 2021.

Cordros Capital said the firm received the fourth quarter of 2020 budget implementation report from the budget office and observed that the Federal Government of Nigeria’s fiscal deficit was wider than preliminary estimates.

Last week, the Federal Executive Council approved N895 billion supplementary budget for the year as a result of expenditure that was not initially planned or envisage, thus increased the total budget for 2021.

It said total revenue in the fourth quarter of 2020 settled at N824.87 billion, which was 38.5per cent below the budgeted amount of N1.34 trillion due to decline across major non-oil revenue sources.

In the period, corporate income tax underperformed government expectation 25.8per cent, value added tax dropped 14per cent and the Federal Government’s share of signature bonus declined by 99.9per cent.

Analysts at Cordros Capital noted that total expenditure of N2.68 trillion during the review quarter outperformed the budgeted estimate of N2.49 trillion by 7.6per cent.

Thus, the fiscal deficit printed N1.86 trillion in the fourth quarter of 2020, bringing the actual deficit to N6.60 trillion or 4.3per cent of GDP. This was N453.13 billion above the preliminary estimate of N6.15 trillion.

“Looking ahead, we expect the recovery in economic activities to support FGN non-oil revenue amidst a price-induced increase in oil revenue.  However, we expect the government’s expansionary fiscal stance to keep expenditure elevated. Overall, we expect the 2021 fiscal deficit between N5.01 trillion and N5.42 trillion,” Cordros said.

The Debt Management Office (DMO) had revealed that Nigeria’s public debt stock increased by 0.6 per cent in the first quarter to N33.11 trillion from debt record profiled in the fourth quarter of 2020 which settled at N32.92 trillion.

This reflects increased bond issuance and promissory notes issued to settle the inherited arrears of the FGN to State Governments and exporters during the review period.

Meanwhile, external debt which accounted for 37.7per cent of total debt declined by 1.9per cent to N12.47 trillion or $32.86 billion in the first quarter following the redemption of the $500.00 million Eurobond.

Recall that Nigeria redeemed its $500 million Eurobond that matured in January 28, 2021.

“Barring the Securitisation of the outstanding CBN’s Ways and Means, we expect the total public debt stock to hit N37.78 trillion in 2021F in line with the additional borrowing by the States and FGN to fund their 2021 fiscal operations – estimated at N4.86 trillion,” Cordros Capital said.

On year-on-year basis, Nigeria’s debt surged 15.64per cent to N33.11 trillion from N28.63 trillion as at March 2020. The year-on-year increase in the country’s total debt stock was chiefly due to a 24.86per cent rise in external debt.

Further breakdown of the total external debt stock in the first quarter of 2021, showed that Multilateral loans accounted for 54.26per cent ($17.83 billion) of which loans from IDA was $11.09 billion, loan from IMF was $3.48 billion while others stood at $3.26 billion.

The breakdown shows that commercial loans accounted for 32.47per cent ($10.66 billion) of which Eurobonds was $10.37 billion while Diaspora bond was $0.30 billion.

Despite the significant rise in FG’s domestic loan, local debt service payment increased marginally by 0.59per cent to N612 billion in the first quarter of the year from N609.13 billion recorded in the comparable period in 2020.

The Director-General, Lagos Chamber of Commerce and Industry (LCCI), Muda Yusuf, had expressed that Nigeria’s debt profile is unsustainable.

According to Yusuf, Nigerians should be worried about the level of accumulated debt as it appears the nation lacks the capacity to service the debt.

He said, “We should be worried, particularly from the point of view of the capacity to service the debt.

“The debt to GDP argument is something that cannot stand in this type of economy because some major components of the GDP are not revenue-generating.

“So, we have a major issue with productivity of many sectors, and that is why what we should be worrying about is how to ensure that the debt situation is sustainable, and we can only do that if we relate a lot more with the capacity to service the debt.

“Currently, our capacity to service debt is very weak. And this is time for a very difficult choice to be made if we want to get out of this situation.”

He further emphasised the need to cut the cost of governance, which keeps increasing despite the drop in revenue generation.

“We need to deal with issues of cost of governance because, in all of this, revenue is dropping, it’s shrinking but the costs are still going up.

“The easiest thing to do when you have this kind of situation is to see how you can bring costs under control,” he added.