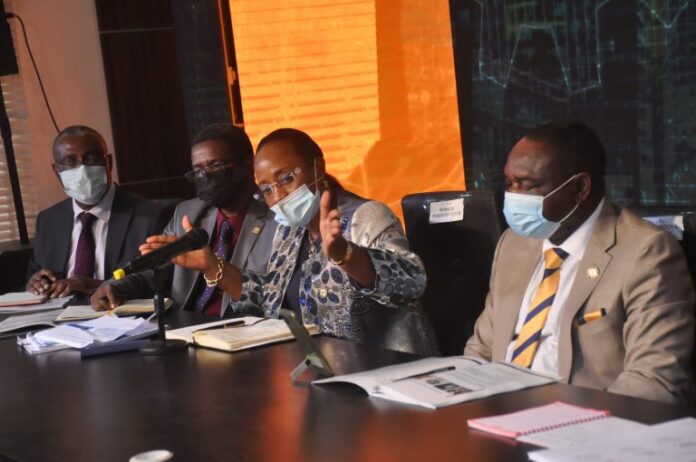 Lagos State Government is completing modalities for award of contract for the Fourth Mainland Bridge.

The government gave an assurance on Tuesday that by December, the reserved and preferred bidders would be known.

The state Gov. Babajide Sanwo-Olu’s Special Adviser on Works and Infrastructure, Mrs Aramide Adeyoye, made the disclosure during a ninisterial press briefing to mark the second anniversary of the Sanwo-Olu administration.

Adeyoye said that the government was transparent to ensure investor confidence in adopting private sector partnerships to ensure that the project would take off smoothly.

She said that in February, 32 firms were shortlisted, adding that bids of 10 applicants were currently being evaluated.

The official said that names of successful pre-qualified bidders would soon be announced.

She said that technical and legal issues as well as right of way recovery and compensations for property were being addressed to ensure seamless take-off.

She listed the different stages for selecting the different categories of bidders, assuring that the project would be awarded for take-off by November and December.

“By December, we should be able to come to close on the reserved and preferred bidders.

“By the grace of God, there is no reason we should not get financial closure by the end of the year so that you know who the preferred bidder is and the reserved bidder.

“All the technical studies such as geological surveys, biometric surveys and  enumerations have all been done in the data room,’’ she said.

On dilapidated roads on Gowon Estate in Alimosho Local Government Area and some other government estates, she said that road rehabilitation had been a continuous project of Lagos State Public Works Corporation (LSPWC).

The special adviser said that the state government had a package where private estates could pay a token for the LSPWC to repair their roads to ensure smooth motoring experience across the state.

She said that infrastructure gap was a global phenomenon but Lagos State Government was doing its best to bridge the deficit.

The General Manager of the LSPWC, Mr Olufemi Daramola, gave statistics of government/public estate roads that had been rehabilitated in 2021.

“Williams Estate has just recently been completed, Santos Estate and other estates in Alimosho would be touched,’’ he said.