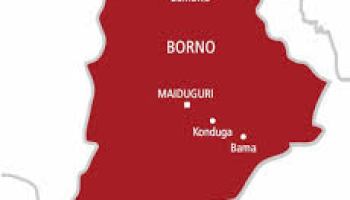 The Commissioner of Police, Borno State, Abdu Usman, has revealed that four children, two aged four, six and seven, and a Fulani pasteurised milk seller were raped within the last quarter of 2021 by one Abubakar Baba, 27.

He said the suspect lured the victims into his apartment at Gwange suburb before forcing himself on them.

“Another rapist one Bilyaminu alias Mallam Sale also at the notorious area of Gwange community raped a six-year-old minor inside a mosque on the 23rd of October, living the minor bleeding.

“Also, one Abubakar Mohammed chased and raped a Fulani woman selling “nono” cow milk in Hawul council area and had forceful carnal knowledge of her, was arrested and was one of those paraded for the media yesterday.

“Another set of rapists Mohammed Isa and Umar Mohammed raped one Saratu Tijani by Gwange river bank on the 11th of November. They have equally been arrested while further investigation is going on,” said Usman.

Briefing newsmen in Maiduguri on Wednesday, Umar said that Baba lured the minors into his house at Gwange and caused serious injuries to their private parts after raping them.

The CP noted that the rising spate of rape in the state may not be unconnected with ritual purposes which some of these young people have taken as a culture into in the state.

“To my experience, these rape cases are related to ritualism. This is the time some of these people visit strange places to achieve deadly things.

“They visit people who tell them to get pure virgins to achieve what they want and this is the result you are seeing pointing to the rapists amidst 58 other suspected criminals paraded at the police headquarters yesterday.

“There are two notorious groups, one known as Sakem while the other is known as Bulamari/kangaya comprising Ali Mustapha, Kadiri Ali, Mallam Rawana and others at large. These groups have been creating problems for the metropolis chasing innocent people gathered in weddings and other ceremonies.

“Mark you, these groups are different from the normal ‘Mai jelisa’ groups who sit on mats and share common ideals. All of them have been arrested by crack operatives while the injured are receiving treatment at the Maiduguri specialist and Unarari clinic respectively.

“These ones are deadly and sometimes armed which is why we have been following leads that will lead us to sweep the whole group from the scene. I have been following these people since I was Deputy commissioner of operations. And will continue in the chase until we get them and the drug and weapons suppliers oiling their existence,” Usman said.

Weapons such as cutlasses, knives, daggers and axes were recovered from the arrested suspects.