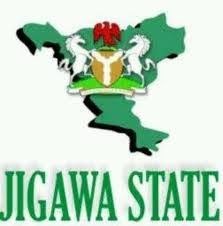 The Police in Jigawa said that four persons lost their lives in a lone accident on Aujara Road in Jahun Local Government Area (LGA) of the state.

ASP Zubairu Aminuddeen, the Police Public Relations Officer (PPRO) in the state, who confirmed this to newsmen in Dutse, said the accident occurred on Friday at about 4.20 a.m.

Aminuddeen added that five other persons sustained various degrees of injuries in the crash.

He explained that the accident occurred when an articulated vehicle with registration number XA615AKR conveying cattle from Maigatari LGA to Kano, lost control and veered off the road.

“On reaching a point in Aujara, the driver, Shuaibu Yusif, 28, of Potiskum LGA in Yobe State, lost control and fell off the road.

“As a result, four of the passengers identified as Shuaibu Yusif, Ibrahim Abdullahi, Haruna Mohammed and Jamilu Muhammed died instantly.

He said that two of the injured passengers had been treated and discharged, while the rest were referred to the Aminu Kano Teaching Hospital, in Kano.