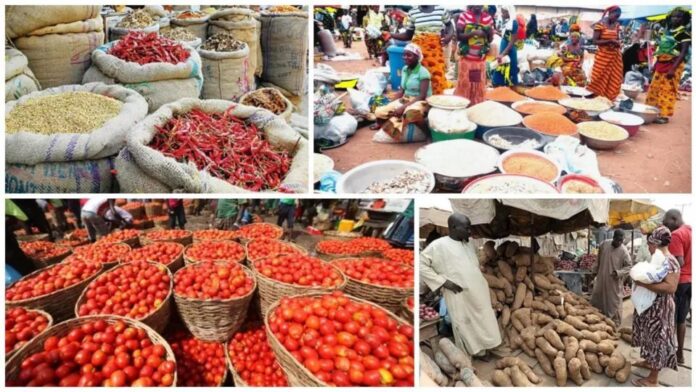 Agriculture in Nigeria most recently has been coloured with unappealing-dynamic adornment. This largely owes to the manifestations of new waves of stormy winds brewing against the sector. While it is known that the sector is largely impoverished by clusters of deficiencies which have left it at an infantile state, it is lamentable that recent happenings against the sector have come to worsen matters for the sector. One of such storms strongly ravaging the sector most recently is the scourge of insecurity finding expression from banditry and herdsmen’s escapades.

The menace of insecurity has recently constituted a juggernaut force which has come to render waves of destabilising storms in the sector. The untamed claws of mischievous elements among herdsmen and the scourge of bandits have raised threats against  farming occupation across the Federation. Recently, most farm settlements have suffered gruesome attacks which have rendered many settlements deserted. Many farmers for fear of attacks have abandoned their farms. The instinct for safety has led to several farmers fleeing their farms, while there are those largely taking increased caution in their farming operations, as others who have suffered huge losses and shocks from destruction of their crops by cattle, in fear of avoiding a repetition of misfortuned, have returned to subsistence productivity.

The rising fear for investment in planting on large scale has continued to broaden the perception of caution which has in recent times affected the productivity of the sector. Output of produce have in recent times suffered deep shrinkage. The steep has continued to brew the hiking of prices of food staples. The rise in the price of some food staples above 300 per cent on year-on-year comparative analytical basis are red signals reflecting shortfalls in the productivity of the sector. The strings of effects brewing from the shortfalls have been clustering with several socio-economic factors to render disturbances in the entire society.

Food insecurity has been identified to be strong enough a problem portending direct and indirect impacts capable of destabilising the society, through instigating effects of rousing several social ills brewing from the struggles of hunger and the attendant resort of many to any possible means to make ends meet. Given the fact that food constitutes one of the foremost among the basic necessities of man, the scarcity of same has currently been growing to an unbearable level which holds the threats to forcefully pitch hungry persons to resort to uncivil, unlawful and uncultured ills just to survive. The collusion of these ills will only compound to render the entire fabric of the society in shambles. The need for the Government to take decisive moves with strategic measures to address prevailing strains in the agriculture sector is therefore non-negotiable to address the persisting storms vitiating the entire Nigerian society.

It is glaring that insecurity in recent times has strongly ravaged the outcome of farm produce across the Federation. The need to restore security around farm settlements in the Country becomes incontestably imperative. Just as the necessity for the restoration of all deserted settlements is paramount to revamp the productivity of farm outputs to meet up with present demands, the need to create new ones by deliberate policy directions from the Government is key. One recent locus classicus giving resemblance to this need is the recent disclosure by the Federal Government last Friday that it had commenced the reactivation of its 700 hectares of land in Ogun for the establishment of an integrated farm estate in the State. It was also disclosed that a cassava processing plant would be established in the estate to boost the value chain and create jobs, as 200 persons were being trained in soil testing in the State.

According to the Executive Secretary, National Agricultural Land Development Authority (NALDA), Paul Ikonne, who made the disclosure during a courtesy visit to the Governor of Ogun State, Prince Dapo Abiodun, the Federal Government through NALDA would possibly acquire more land from Ogun State to establish farm estates in the three senatorial zones in the State.

He was quoted, “Mr President has directed us to create employment and achieve food security through NALDA’s mandates, and we are running projects which Ogun State has been selected as one of the pilot states. The integrated farm estate is going to be sited in the three senatorial zones in the state, and it is a concept that takes in everything from production, processing, packaging and marketing. It will also have residential areas for farmers. Knowing that Ogun has the largest capacity in cassava production, our cassava packaging plant would be located in this state and NALDA would be the off-taker from the farmers. They would process it, package it accordingly and move it into the markets. So, putting this plant here in Ogun State would create more opportunities and also encourage the farmers to produce more.”

The need to expand such estates across the Country is essential. Putting virile security architecture to secure these estates is equally pertinent and would go far in boosting the confidence of agricultural investors to invest without fear of uncertainty and losses. It is therefore paramount for the Federal Government in collaboration with State Governments across the Federation, to further broaden the scheme with robust policy provisions in order to synchronise the idea into well defined initiative with architecture of sustenance. This is essential to give the idea a lively sense of operation that will survive the test of time and thus navigate along defined patterns in developing the sector unto the height of virility towards the status of food self-sufficiency for the Country. Nigeria is at the verge of suffering a societal blast from food insecurity. The need for the Government at all levels to drive a deliberate course to direct all actions (public and private) towards a rescue mission from these threats is paramount.