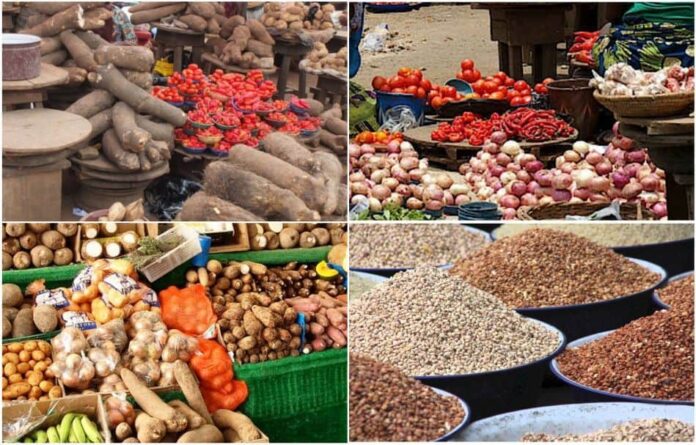 The report of a farmer, Cordelia Utazi, who on Monday was allegedly hacked to death on her farm at Ugwujoro Nimbo, Uzo-Uwani Local Government Area of Enugu State, resonates the heightening of the phenomenon of the farmers/herders’ crisis. The long seated trouble has remained a storm which has come to leave sad narratives of debilitating impacts on the Country at large. On the case of Utazi, the deceased, popularly known as Oyee Edwin in her community, was getting rid of weeds in her farm alondside her daughter, Onyinye, when suspected herdsmen stormed the farm, leading to her death. The daughter of the deceased scarcely escaped death after she took to her heels to inform the villagers, having drawn the attention of her mother to the herdsmen when they were fast approaching with their cattle. Unfortunately for Utazi, she had barely taken to her heels when she was hacked down by a gun shot. The mischievous elements in their usual gruesome manner reportedly moved ahead to further dehumanize the injured farmer, cutting off her hands and smashing her skull after a gun shot. Upon arrival of the villagers to the scene having been alerted by Onyinye who took to her heels, the herdsmen and their cattle had disappeared into the thin air with their cattle.  Confirming the incident, the Police Public Relations Officer, Enugu State  Command, Daniel Ndukwe, was quoted: “Investigation has been launched to fish out the hoodlums, alleged to have murdered a middle-aged woman in Ugwujoro Nimbo, Uzo-Uwani LGA in the afternoon hours of 18/10/2021. Further development will be communicated.”

The phenomenon of herdsmen/farmers crisis has been a long seated one which has constituted debilitating forces to economic realities with detrimental strings to socio-political fabrics in the Country. The face-off largely has its roots in the contest rousing from the plight of farmers who have no choice than to protest the encroachment of their farmlands by marauding pastoralists who in their quest of finding pastures for their cattle encroach on farmlands. The critical perusal of the records of losses from the crisis have seen farmers largely been positioned at the receiving end, as their resort to protest encroachment on their farmlands have, more often than not, left them, their settlements and farmlands ravaged by reprisal attacks. The escalation of the menace without checks have grown over the years to see disruptions in the agricultural sector which has suffered direct brunts from the ravages of the phenomenon. The conditions have seen expanse of farmlands and settlements deserted, while farmers across settlements in the Country now farm with caution and suspicion over fear of been attacked by fiery arm-wielding herders.

One may naturally have to sympathize with such farmers with the thought of the emotions that spray the atmosphere under such conditions where they see their costly investment in time, energy, and resources being lost to unguarded encroachment by marauding herders.

The prevailing profile of acute food crisis with high level of scarcity and attendant price inflation largely owes its bearing to the heightening records of desertion of farmlands and displacement of farmers from their settlements. The ravaging impacts of the disruption of the menace of herders’ attacks on farmers and their settlements have grown to occasion heart breaking disruptions in the agriculture sector, with unfortunate impacts forming discomfitting strings of food crises in the Country. The resultants impacts of the same have left unsavoury narratives preconditioning the clogs of storms ravaging societal fabrics in the Country. At the marching end, the profile of hunger and poverty have become worsened in the Country.

The need for the Government to turn to the necessity of addressing the phenomenon firmly is paramount. Efforts to foreclose the possibilities by legislation have been shrouded in controversies. Recent moves by State Government, particularly in the South to enact anti-open grazing laws have not yielded the desideratum. Submissions on ranching have not appealed to the senses of the herders. The proposition for grazing reserves have not quite received embracing hands from component units. The controversies are deep seated, but the role of the Federal Government to take decisive actions over the subject is paramount.

It is noteworthy that concrete efforts must be put in place without bias to change the narratives of the prevailing situations. The need for security formations to be strengthened in the Country, particularly at the locales of farming settlements is paramount. The Federal Government which constitutionally holds the preserve of security in the Country must rise to task. Giving considerations to local security architecture cannot be undermined in this regard. Given that the calls for decentralisation of security function in the Country to accommodate State/Community policing is a constitutional matter that demands time and institutionalised parameters of legal formations, the need to apply responsive interventions to address the immediate disturbances which have left unsavoury records of worsening living standards in the Country is sacrosanct. The place of force and security as emergency instruments remain justifiable. It is now pertinent for the Federal Government to enforce with security architecture, backed with intelligence, the command of bringing normalcy to the locales of farm settlements across the Country. Clamping down on arm-wielding herders who in their mischiefs have constituted threats to the farming occupation in the Country, becomes imperative as deterrents to foreclose the apparent sensation of impunity displayed against farmers whose occupation holds critical position to sustenance in the society.