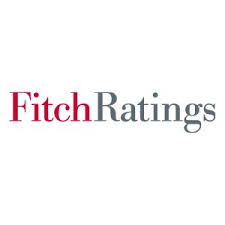 Fitch Ratings has revised the Outlook on Union Bank of Nigeria Plc to stable from negative, and affirmed the financial service boutique’s Long-Term Issuer Default Rating (IDR) at ‘B-,’ putting the viability rating (VR) at ‘b-.’The ratings said in a new report that the outlook revision reflects receding risks to Union’s capitalisation and leverage, given the improvement in its asset quality and ensuing lower capital encumbrance by unreserved impaired (Stage 3) loans.

It added that the revision also reflects our view that the bank has sufficient headroom at the current rating level to absorb risks to its asset quality, profitability and capital under our base case resulting from operating environment pressures.

According to Fitch, Union’s Long-Term IDR is driven by its intrinsic creditworthiness, as defined by its ‘b-’ VR. The VR reflects underlying loan quality which is still weak and risks to capital mainly from low provision coverage of Stage 2 and 3 loans and large single-obligor credit concentrations.

The ratings added that the VR reflects Union’s exposure to Nigerian operating environment risks and its limited franchise. However, the VR also reflects the bank’s stable funding and liquidity profile and adequate profitability for its risk profile.

“This remains amongst the highest in the sector, but we believe partly reflects conservative loan classification,” Fitch added.

Stage 2 loans at the end of first quarter 2021 were 20 per cent – mainly comprising restructured syndicated loans to borrowers in the power and oil & gas sectors – remain high out of total exposure to these sectors of 8.3 percent and 29 percent, respectively.

Fitch indicates that Union’s total reserves coverage of impaired loans — 71 percent at the end of first quarter 2021 — is low versus the sector, and reflects reliance on collateral.

Specific coverage of Stage 3 and reserves coverage of Stage 2 loans was both low, at 36 percent and 8.6 percent, respectively, although unreserved Stage 3 loans fell to 11.4 percent  of Fitch Core Capital (FCC) by at the end of first quarter 2021 from a peak of 51 percent in 2018.

At the end of the first quarter of 2021, the 20 largest loans represented a very high 56% of loans or 2.7x FCC, reflecting Union’s corporate focus (end-2020: 75 percent of loans) in the undiversified Nigerian economy.

Foreign-currency (FC) loans are significant at 46 per cent; sector concentration was around 40 percent, which Fitch analysts say it heightening credit risks in light of tight foreign currency liquidity in Nigeria.

“We expect asset-quality pressures to ease notwithstanding an operating environment still facing challenges, given higher oil prices, improvements in Union’s underwriting standards and loan restructurings which printed at 13% at the end of first quarter 2021.”

The ratings said asset quality should also continue to be supported by large non-loan assets – mainly restricted deposits with the CBN, and local-currency government securities.

Risks to capital remain high, according to Fitch Ratings despite easing, given its sensitivity to concentration risk and asset-quality pressures such as relating to Stage 2 loans.

Union’s FCC ratio fell to 15.2 percent  by the end of the first quarter of 2021 from 16% at end-2020, due mainly to risk-weighted asset (RWA) growth, but remains broadly in line with second-tier peers.

“We expect additional pressure on the FCC ratio in 2021 from loan growth and likely naira devaluation to be largely offset by internal capital generation,” Fitch stated.

Union’s total capital adequacy ratio of 17.3% at the end of the first quarter of 2021 is moderately above the 15 percent minimum regulatory requirement and is supported by subordinated debt of N30 billion.

Pre-impairment operating profit which equals 3.4% of average loans in 2020 provides a moderate buffer to absorb loan impairments through the income statement without affecting capital, according to Fitch Ratings.