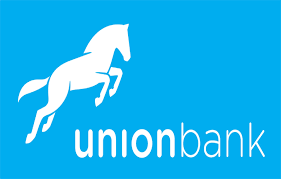 According to the rating agency, the upgrade to Union Bank’s national ratings reflects the lender’s increased creditworthiness relative to other issuers in Nigeria and the relative strength of its funding and liquidity profile.

The rating report issued by Fitch stated: “Union’s Long-Term IDR is driven by its intrinsic creditworthiness, as defined by its ‘b-’ Viability Rating (VR).

“This is balanced by a stable funding and liquidity profile and adequate profitability for the bank’s risk profile. The Stable Outlook reflects Fitch’s view that risks to Union’s credit profile are captured at the current rating level, with sufficient headroom, under our base case, to absorb the fallout from operating environment pressures.”

“Union’s 16.1% total capital adequacy ratio at end-1H21 is modestly above its 15per cent minimum regulatory requirement and is supported by qualifying subordinated debt of N30 billion (equivalent to 17per cent of eligible capital), which matures in 2029.”

Union Bank continues to remain resilient in the face of a persistently challenging economic environment, delivering a 1.4per cent  increase in Profit Before Tax (PBT), to N11.5 billion in H1 2021 compared to N11.3 billion in H1 2020.

This steady performance reflects the Bank’s successful efforts in growing transaction volumes by leveraging its strong brand, nationwide presence and customer-focused segmentation approach to deliver higher revenues across board.

FBNH, UBA, three others gain N56bn during the week