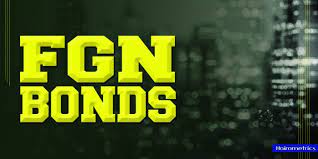 Fagbohun, the Chief Executive Officer of a stockbroking firm told journalists  on Friday in Abuja that the current arrangement was a departure from the past.

In the past, institutions like banks and pension funds administrators were the ones who took advantage of FGN products.

According to Fagbohun, the DMO, along with the stockbroking community, is trying to ensure that the general public can participate in the bond market.

“We created this window through the FGN Savings Bond, whereby retail investors with as low as N5,000 can also participate in the market.

“For example, if you put about N10,000 in your savings account, you will earn like 2 per cent interest per annum.

“With the FGN savings bond, you can earn between 9 per cent and 10 per cent interest per annum.

“It is a good opportunity which was not there for the retail investors before now,” he said.

He said the holding of the enlightenment programme in parts of the country was informed by the need to take the awareness close to the people.

“We have been to Lagos, Enugu and Ibadan. We will be in Kano next week informing the general public about the availability of this product and how it works,” he said.

According to Fagbohun, response to the awareness programmes has been positive adding that all that is needed is improvement on the publicity.

“We should let people know about the product and also make it easy for them to subscribe,” he said.

He said that the idea of the Federal Government borrowing through the various FGN securities was not a problem, provided the borrowings were judiciously used.

“Nobody has a problem with debt; households take loans; businesses take loans. Such debts should be used for infrastructure projects and for the productive sector of the economy.

“The government has to make sacrifices and ensure fiscal prudence and continue to ensure that scarce resources are judiciously allocated,” Fagbohun said.