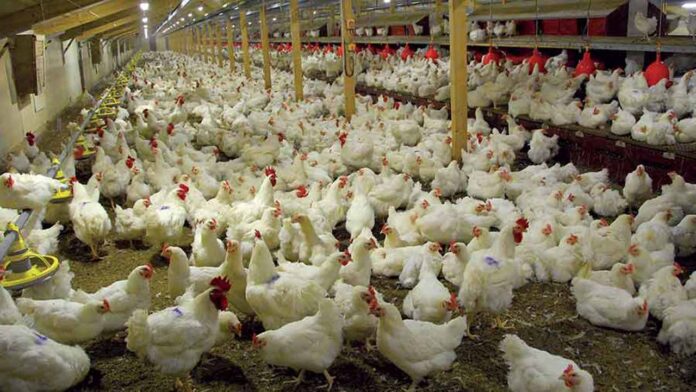 The Federal Government has trained and empowered 360 poultry farmers in 12 states of the federation.

Malam Abubakar Bello, from Extension Department, Federal Ministry of Agriculture and Natural Resources, who supervised the exercise in Jigawa, made this known in Dutse.

Bello said that 30 poultry farmers were selected from 12 states including Jigawa, to benefit from the exercise.

“The 12 states were selected in the first phase of the exercise, while the second phase will come up in the next two or three weeks.

“In Northwest, Jigawa and Kano were selected, in Northeast Gombe and Adamawa, in Southsouth Rivers and Akwa Ibom, in Southeast Abia and Enugu and In Southwest Ogun and Osun were selected.”

He explained that at the end of the two-day exercise, which commenced on Monday, each of the beneficiaries would be given 100 day-old chicks, two bags of 25kg feeds, two feeders, two drinkers and vaccines.

The supervisor added each of the trainees would also be given money to transport the items to his local government area.

According to him, the gesture is aimed to reduce poverty and unemployment among Nigerians.

Bello added that it was also to create jobs and uplift the people’s standard of living.

“This excersise is aimed at empowering poultry farmers across the country to be self reliant and employers of labour in order to reduce poverty and unemployment.

“And it is our hope that the training will help them expand or set up their farms,” Bello said.

A beneficiary, Malam Abdullahi Alhaji,  commended the Federal Government for the gesture.

“We are happy and grateful to benefit from this training to collect all these starter packs from the Federal Government.

“We’ve been waiting for this kind of opportunity for long because almost all of our services and needs are being provided from Lagos, Ibadan and Ogun states.

“But with this development, it should be a starting point to make poultry farming vibrant in this part of the country,” Alhaji said.