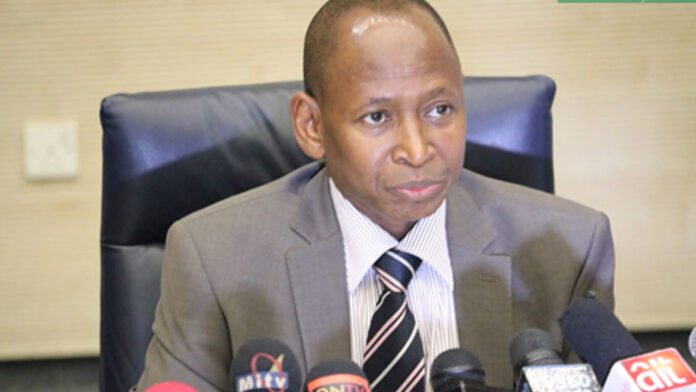 The Federal Government will continue to implement new ideas and necessary strategies to block all leakages and sustain a flawless payroll and personnel management system.

The Accountant General of the Federation, Ahmed Idris, FCNA stated this in Uyo, Akwa Ibom State, at a nationwide training for for IPPIS Role Players in the South-South geopolitical zone.

He maintained that government is resolute in its determination to find permanent solutions to hitches that may arise in the operations of the IPPIS in order to sustain seamless payroll management system.

Idris noted that since the inception of the IPPIS, there has been a significant level of transparency in administration of government payroll system, adding that the IPPIS has brought greater efficiency into planning for personnel emoluments and personnel budget.

According to him, the significant impact of the IPPIS prompted the Federal Government’s decision to migrate all government personnel, agencies and institutions to the platform. He noted that the Office of the Accountant General of the Federation has recorded significant successes in this regard and assured that the Office will not rest on this mandate to integrate all government employees and agencies into the IPPIS.

The Accountant General of the Federation, who was represented by the Director, Consolidated Accounts Department in the OAGF, Dr. Zubairu Salawu, appreciated individuals and agencies that contributed to the successes so far recorded in the implementation of the IPPIS and other financial management reform initiatives of the government.

He said that to demonstrate government’s resolve to maintain an efficient system, the training was organised to acquaint the IPPIS Role Players with the workings of the policy in order to enhance their efficiency to discharge their responsibilities in the centralized platform.

Idris, while calling on the IPPIS Role Players to take the training as a call to national service, urged them to view themselves as key components in the complex machinery set up to ensure the success of the IPPIS project and other reform initiatives.

“At this point in our national lives, the country needs men and women with high level of integrity. Your schedule is a trust and you are expected to be above board for the overall objective of achieving government desired aim. Be the agent of progress and ensure that as a Role Player, you will contribute your best to this process”, he advised.

The Governor, represented by the State Commissioner of Finance, Dr. Linus Nkan made known that the State has, “through the application of IPPIS eliminated payroll fraud, cut wastages and run a lean, effective, efficient and transparent operations.

Also speaking, the Director, IPPIS in the Office of the Accountant General of the Federation, Dr. Ben Nsikak described the training as part of government/ stakeholders engagement and interaction on the way forward for the system.

He said that with the training, the government was making deliberate effort to decentralize the IPPIS to enable all stakeholders initiate and manage transactions, review same, sign up and take responsibilities before uploading information unto the central system.