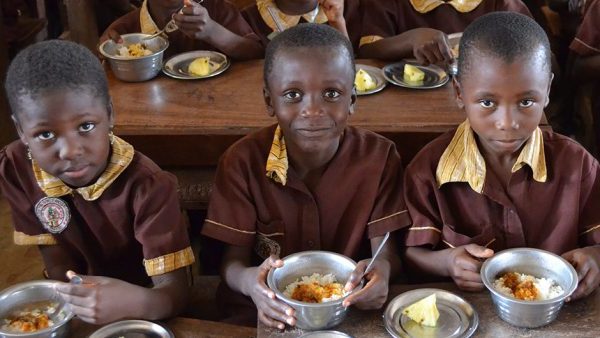 The Federal Government has embarked an audit of the National Home Grown School Feeding Programme (NHGSFP) in Katsina State.

Alhaji Mustapha Bara’u, NHGSFP Programme Manager in Katsina State, said during the launch of the exercise on Thursday that the enumeration targeted 833,957 pupils across 2,777 public primary schools in the state.

According to him, Corps members will assist in validating the data of pupils and cooks engaged in the school feeding programme in the state.

“It is a mandate of the Federal Ministry of Humanitarian Affairs and Disaster Management to validate this data to make sure they see the children and the cooks to capture all their data,” he said.

Earlier in his welcome address, Malam Samaila Suleiman, NYSC Schedule Officer for NHGSFP in Katsina State, said the school feeding programme was reintroduced to encourage children roaming the streets to go back to school.

He added that such would help in tackling insecurity in the country.

“President Muhammad Buhari reintroduced this programme to also increase employment opportunities in various localities, because many people will be engaged in the exercise.

“ It is aimed at encouraging our local farmers to produce more as the government also patronise their goods for the school feeding programme,” he said.

He urged the Headmasters of benefitting primary schools to study the forms provided for the enumeration so as to avoid any form of mistake on the forms while filling.

NYSC in Katsina State had recently trained 192 Corps members for the enumeration exercise.