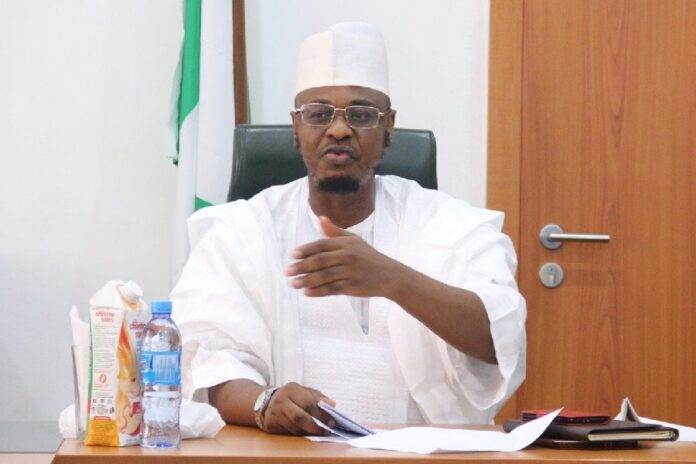 The Federal Government has revealed that it is targeting 2030 to migrate all paper activities of the government to paperless.

The Minister of Communications and Digital Economy, Prof. Isa Pantami disclosed this in Abuja during the Champion Day and Closing of 2021 Service Wide Capacity Building program on e-Government.

According to the Minister, “The target of the Federal Government is to make sure that by 2030, we achieve a paperless government where emerging technologies like Blockchain that has data integrity and many more is guaranteed.”

Prof Pantami maintained that the achievement of paperless government is very possible because government is desirous of digitizing its processes. He however posited that technology cannot do it alone.

“We must ensure that we train ourselves so that we manage the technology effectively for the betterment of our country,” he said.

The Minister also revealed that Federal Government has spent a total of N152billion on digitalization in 2021, the amount, he said, was “a quantum leap from the N9 billion spent in 2019 and 2020.”

He stated that the amount constitutes the total sum approved by National Information Technology Development Agency (NITDA) for the Central Bank of Nigeria (CBN), the Nigerian National Petroleum Corporation (NNPC), Corporate Affairs Commission (CAC), Immigration, and Customs among other agencies of government for the 2021 fiscal year.

He noted that the Federal Government is committed to the implementation of digitizing its processes for effective service delivery.

“To show us the level of implementation of the government’s digital services in the country, from January to December 2021, NITDA, on behalf of the government, has approved the execution of 499 projects. However, the approved projects include the backlog of 2020 and 2019,” he noted.

In her goodwill message, the Head of Service Civil of Federation, (HoSCF) Dr Folashade Yemi-Esan disclosed that many Ministries, Departments, and Agencies of government are on the verge to digitalize their processes.

She assured that by the end of the year, many successes would have been recorded in the nation’s drive to digitalization.

While commending the Ministry of Communications and Digital Economy and its parastatals for the support in ensuring that processes at the Office of Head of Service for the Federation are digitalized, she noted that “the gestures would go a long way in assisting us to achieve our own dream.”

Dr Yemi-Esan thanked NITDA for the role it is playing to get the Office of Head of Service of the Federation a platform that would enhance digitalization of government processes.

“I want to thank NITDA because we have been able to work together to get a platform the HoSCF would use for digitalization and right now we are working on approval for the platform,” she stated.

While describing the training as very apt because of all the technologies the government is putting in place, Dr Yemi-Esan urged the trainees to ensure that they replicate what they have learnt in their respective MDAs by training the other staff.

Meanwhile, the NITDA Director-General who also doubled as the Council’s Chairman, e-Government Training Centre, Kashifu Inuwa, said the Federal Government had trained 1,376 civil servants from 48 ministries, departments and agencies between November 2020 and December 2021 in the use of ICT.

He said the capacity building programme for civil servants is part of the federal government’s e-Government Master Plan aimed at digitizing every government process in all ministries, departments, and agencies (MDAs).

The NITDA boss recalled that the journey started in November 2019 when the President, Muhammadu Buhari directed that the Centre should be used to build the capacity of the federal civil servant.

He stated further that the essence of e-Government tools is for convenient and cost saving. We all see what happened during the COVID-19, with technology we were able to continue our activities while under the lockdown.

We are championing paradigm shift with emphasis on digital skills — Pantami