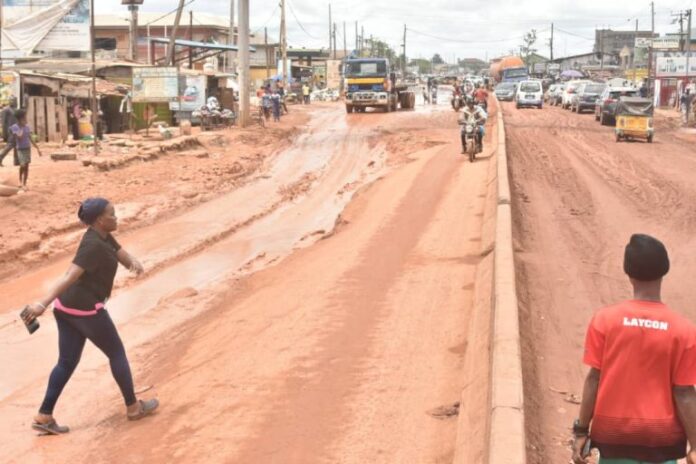 The Federal Government and Ogun State have concluded plans to jointly execute palliative work on the 64-kilometre deplorable Ota-Idiroko Road in Ogun State.

Federal Controller of Works in Ogun State, Mr Umar Bakare led engineers from both sides to inspect the highway on Thursday.

Addressing journalists during the tour, Bakare said the Federal Government was concerned about the plight of road users and was committed to speedy reconstruction of the road.

Bakare said contract for the reconstruction of the highway was undergoing procurement process under the Tax Credit Scheme of the Federal Government.

He said documentations were at advanced stage to mobilise the contractor to site, adding that the Federal Roads Maintenance Agency was already fixing some bad portions of the road.

He said that the rehabilitation works would precede the award of contract for reconstruction of the distressed international route linking Nigeria with neighbouring Benin Republic.

Bakare added that apart from being an international route, the highway also links major industries, two private universities and factories, hence government’s resolve for rigid pavement on it to absorb its huge traffic.

“While the processing of the contract is on-going, there is a synergy between the Federal Ministry of Works and Ogun State Government to put this road in a motorable state,’’ he said.

He said a delegation of the Federal Ministry of Works visited the site last week to ascertain the level of work to be carried out.

He assured that consultations had reached an advanced stage on both rehabilitation and reconstruction of the road, assuring road users that government was concerned about their plight.

Speaking on behalf of the Ogun State Government, Permanent Secretary, Ministry of Works and Infrastructure, Mr Lateef Yusuf, said that the maintenance work would begin within two weeks.

“The Ogun State Government has started the process for palliative work that will start maybe in the next one to two weeks,’’ he said.