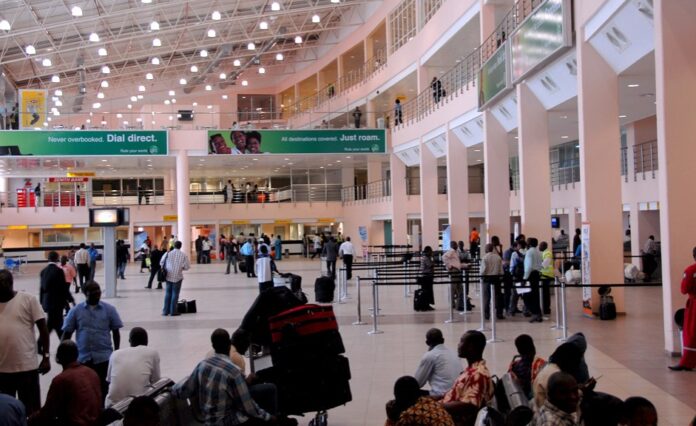 In a bid to ensure accurate measurement of travellers’ luggage, the Federal Government on Thursday conducted a verification of measuring scales at the nation’s airports.

The exercise was undertaken by the Weights and Measures Department of the Federal Ministry of Industry, Trade and Investment (FMITI) at the Murtala Mohammed International Airport (MMIA), Lagos.

Speaking after the exercise, Mr Hassan Ejibunu, Director, Weights and Measures Department, FMITI, said the exercise was in response to public complaints of alleged manipulation of weighing equipment at the airport.

According to him, travellers complain that their luggage that were weighed from home and shown to be within approved weights will weigh higher at the airport, and charged for excess luggage.

Ejibunu noted that the department was saddled with the responsibility of ensuring that all commercial transactions involving measurement were fair, accurate and legal with a view to protecting consumers.

He noted that a memo was sent to the Minister of Industry, Trade and Investment, to verify the weighing equipment at the airport.

“Beside complaints of being shortchanged, safety is involved.

“There’s a capacity that an airline should take because if there’s turbulence in the air, the pilot might not be able to control the aircraft.

“That’s why we are here at the airport to ensure that all the weighing instruments being used are fair and accurate and do not cause overload of aircraft,” he said.

Ejibunu noted that the exercise was also to protect the interest of the travellers and assure them of accurate weighing.

“We have done a random sampling of the weighing equipment from number one to 62 and what we have seen so far is that they are within tolerable level. They are okay. “So, members of the public should discontinue the notion of being shortchanged whenever they come to the airport,” he said.

He however, advised the Federal Airports Authority of Nigeria (FAAN) to recalibrate some of the weighing machines whose edges fell short of accurate measurement.

The director noted that after recaliberating the machines, FAAN should invite the weights and measures department for verification and certification.

Ejibunu noted that weighing scales bearing the department’s certification sticker would instil confidence of fairness and accuracy in travellers.