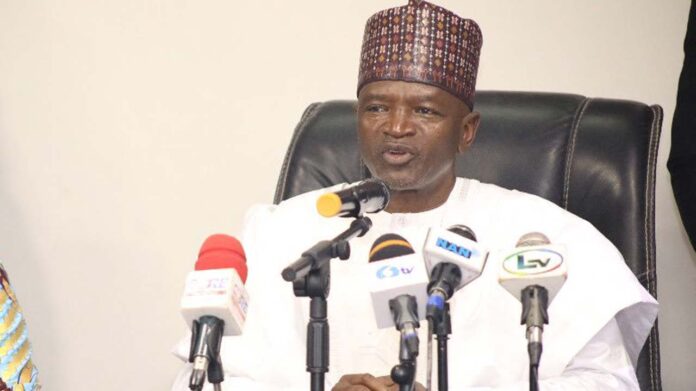 In a bid to address the challenges bedeviling the livestock sector in the country, Federal Government has launched the National Animal Identification and Traceability System (NAITS) to identify, track and curb livestock rustling in Nigeria.

Speaking during the event that took place at the Hon. Minister’s Conference room, recently, the Honourable Minister, Federal Ministry of Agriculture and Rural Development, Dr. Mohammad Mahmood Abubakar said that the implementation of NAITS would support livestock owners to identify their animals, curb livestock rustling, facilitate interventions in the livestock sector. It will also provide provision of credit and insurance, livestock movement control, animal recording for genetic improvement and research, ease of traceability, surveillance, animal disease control among others.

The Minister emphasised that the NAITS was a comprehensive animal information management system that would utilize forgery-proof ear tags and cattle passports combined with digital technology to identify and track livestock across Nigeria, noting that the system complies with the global standards stipulated by the International Committee for Animal Recording (ICAR).

He added that technology advancement has rapidly enhanced productivity across all sectors of our economy, noting that the progress made so far to actualize Animal Identification and Traceability in Nigeria as well as other innovations in Agriculture have been largely driven by digital transformation which has produced exponential results.

In his words, “I am therefore particularly pleased that the launching of the National Animal Identification and Traceability System (NAITS) to enhance the activities of our domestic livestock sector is taking place at this time.”

He, therefore, pointed out that, NAITS would be implemented in all 36 states and the FCT, highlighting that stakeholder engagement and sensitization on NAITS have already commenced in Bauchi, Edo, Enugu, Lagos, Katsina, Niger, Ogun, Oyo, Ondo and FCT and would continue until all states are covered.

Earlier, the Permanent Secretary, Federal Ministry of Agriculture and Rural Development, Dr. Ernest Umakhihe represented by the Director Human Resources Management, Mrs. Oluwatoyin Alade explained that as part of the National Livestock Transformation Plan of the country, animal identification and traceability system would facilitate keeping accurate production records of the herd and information about the owner amongst others.

Also, the Chairman, Niger State Council of Traditional Rulers, His Royal Highness, Alhaji (Dr.) Yahaya Abubakar, CFR, Etsu- Nupe commended the Federal Government for the implementation of NAITS noting that it would assist to foster collaboration in Agricultural sector, provide significant benefits for agricultural landowners, farmers and would also assist to incentivize landowners to produce economic pasture which would support the livestock sector while simultaneously obtaining organic manure for the livestock owner to promote sustainable agricultural.