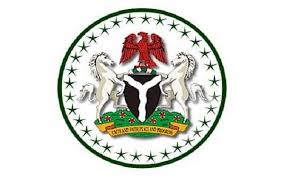 The Federal Government, on Friday, flagged off the Extended Special Public Works (ESPW) programme in Jigawa with 1,000 unskilled youth benefiting from each local government.

It was recalled that each participant will receive N20, 000 monthly for three months for the duration of the programme.

The Minister of Water Resources, Suleiman Adamu, who made this known at the flag off of the ESPW in Dutse, said that the extended programme was an outcome of the pilot SPW in rural areas approved by President Muhammadu Buhari in 2020.

Adamu said that the programme was introduced following the emergence of the novel COVID-19 pandemic, as a measure to cushion the adverse socio-economic effects of COVID 19.

“It aimed at shielding the vulnerable from the ravaging effects of COVID-19 pandemic which included, but are limited to pervasive hunger, poverty, environmental degradation and joblessness.

“The need to quickly address the above mentioned informed the decision to implement the ESPW,’’ the minister said.

According to him, the target is to immediately engage the 774,000 selected unemployed Nigerians for the programme to execute carefully selected projects across 774 local government areas in the country.

He announced that each participating local government identified its preferred project and would be responsible for ensuring that they are executed as planned.

Adamu said, “it is instructive to mention that all the tools and equipment required have been provided hence the federal government expects strong commitment from all stakeholders in ensuring efficient implementation.’’

The Director-General of the National Directorate of Employment (NDE), Malam Abubakar Nuhu, said that the ESPW programme was designed as a veritable tool through which the lives of 774,000 unemployed Nigerians will be positively touched in the next three months.

He said that all participants have been duly documented and their details captured by designated banks to guarantee a fraud-free, transparent and fair service delivery.

Badaru noted that most participants were between the ages of 18 and 25, adding that each beneficiary would benefit N20, 000 within the three months programme.

The governor said that with the additional social intervention, N540 million would be injected into the state’s economy every month, accumulated to N1.6 billion in three months.