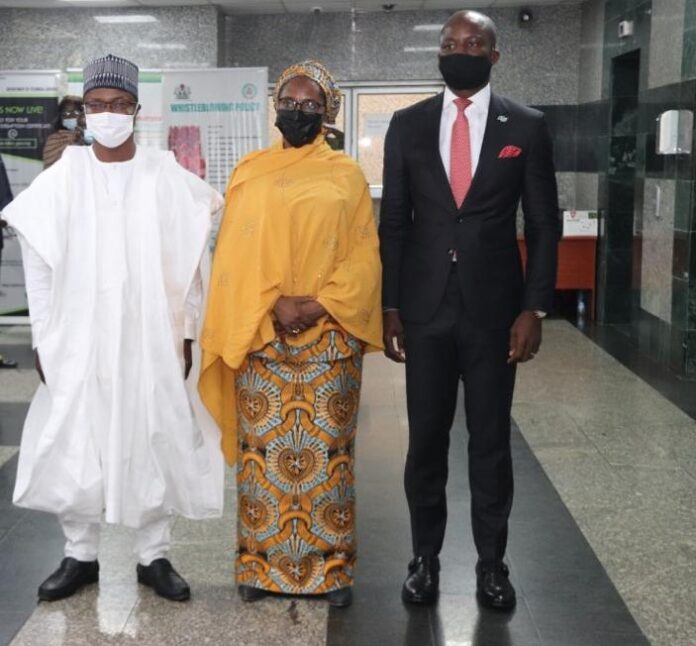 The Federal Government has commended the Nigerian Exchange (NGX) Limited for its efforts in ensuring that the Nigerian capital market (NCM) is deepened.

The Minister of Finance, Budget and National Planning, Dr. Zainab Ahmed, made the commendation during a courtesy visit of the management of the NGX, led by its Chief Executive Officer, Mr Temi Popoola, CFA.

While acknowledging the commitment of NGX’s management, which culminated in the demutualisation of the exchange, Ahmed urged the management to leverage technology and innovations which could ease the processes of trading on the exchange and urged the NGX to ensure that ordinary citizens participated actively in the capital market.

She said the Federal Government had directed the Securities and Exchange Commission (SEC) to organise a saving policy and programme that would encourage citizens to participate actively in the capital market as a means of unlocking the potential.

The Minister also disclosed that the ministry was working on the Finance Bill 2021 and would address hindering investments such as Company Income Tax (CIT), among others.

Speaking further, the Permanent Secretary, Aliyu Ahmed, urged Popoola and his team to scale up the operations of the NGX for the benefits of investors and the market.

Earlier in his speech, Popoola noted that the aim of the visit was to introduce the NGX’s new management to the Minister and also to appreciate the ministry for its support to the Nigerian capital market.

He assured the Minister that the exchange will continue to throw its support in making Nigeria a destination for foreign investment and to support the Ministry’s fiscal policy while expressing willingness to serve on the committee of the Finance Bill 2021.

He, however, called for a reduction in CIT, from 25 per cent to 20 per cent, among others, stressing that it would ultimately attract more taxes to government.