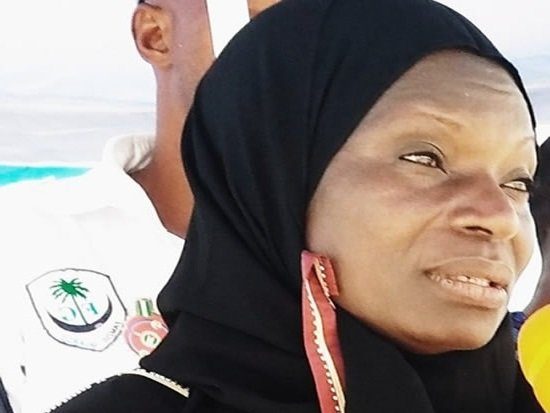 The Federal Government has arraigned the Chairman and Managing Director of Famzhi Interbiz Limited, Mariam Suleiman, over allegations bordering on fraud to the tune of over N2billion.

Suleiman was arraigned before Justice Inyang Ekwo alongside her company on a two-count charge.

She, however, pleaded not guilty to the counts.

While Suleiman is the 1st defendant, the firm is the 2nd defendant in the case.

After taking the plea,  her counsel, Victor Giwa, informed the court that a bail application dated and filed on Nov. 1 was before the court.

He said the complainant had been served.

He said the application sought an order admitting her client to bail on self-recognisance or in such favourable and liberal terms as the court might in its discretion deem fit to make in the circumstances of this case, pending the final determination of the case.

Lawyer to the Attorney-General of the Federation (AGF), Moshood Adeyemi, who instituted the matter on behalf of the Federal Government, acknowledged receipt of the bail application.

He did not oppose the bail application.

Adeyemi, however, informed the court that the 1st defendant claimed that her travel documents were not in her custody.

He urged the court to give bail conditions that would make the defendant to stand her trial.

Giwa explained that the international passport of her client was with the Nigeria Police Force.

The AGF lawyer, however, said the development might, probably, be due to the number of people affected by the investment scheme, as the managing director was said to have been reported to different agencies of government.

Justice Ekwo, after perusing the application and averment attached, ordered Mrs Suleiman to deposit the original of the deed of assignment dated Jan. 4, 2020, attached to the affidavit in support of the application.

He ordered the registry of the court to verify documents and file affidavit of same.

Ekwo also ordered that the international passport of the 1st defendant be returned by the prosecution and deposited in the registry of the court forthwith.

“The 1st defendant should not travel out or leave the jurisdiction of this court without prior leave of court,” he ruled.

The judge, who ordered Suleiman to be remanded in the custody of the Nigerian Correctional Service pending compliance with the bail terms, adjourned the matter until March 1, March 3 and March 3, 2022, for trial.