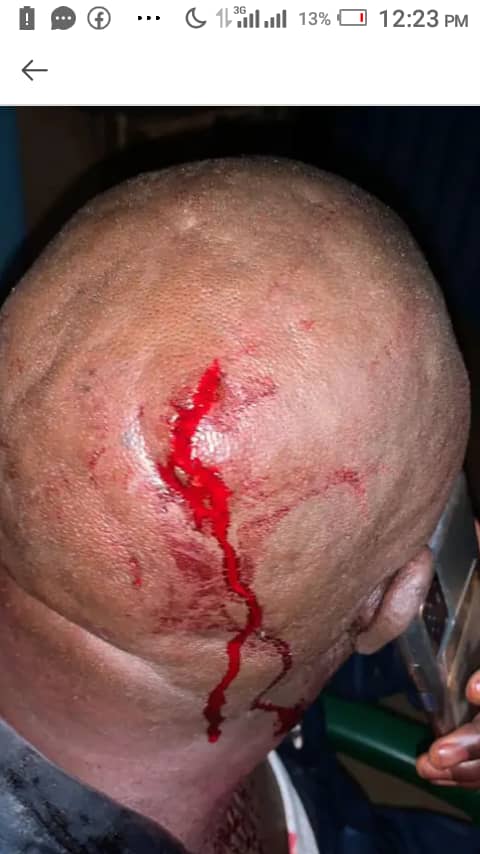 The Osun State Chairman of the All Progressives Congress (APC), Prince Gboyega Famodun, has condemned yesterday’s attack on some members of the party in Ilesa-West Local Government Council Area of the state, by some suspected Peoples Democratic Party’s(PDP) thugs.

Famodun in a statement issued by his Media Adviser, Kola Olabisi, in Osogbo, the state capital, yesterday remarked that the needless attack on the APC members was wicked, primitive, callous and a development which poses danger to the nation’s democratic governance.

He queried why mere collection of Permanent Voters Cards (PVC) by the peace-loving APC members should culminate into an attack by another political party.

He stated that the needless and avoidable attacks on the APC members in Ilesa-West Local Government Council only corroborated the constant violent characteristics of the PDP.

Famodun cautioned the PDP that violence cannot secure any undeserved victory for the reactionary party at the polls.

He advised the belligerent handlers of the PDP in the state to call their physical attack dogs to order with a view to maintaining peace before, during and after the July 16, 2022 governorship election in Osun State.

The state APC chairman who enjoined the statutory security organisations in the state to investigate the inhuman approach to election process reminded the PDP thugs and their financiers to remember that everyone will be answerable for his actions and inactions in the face of the laws of the land.

He appreciated the conduct of the APC members for their refusal to be provoked despite the constant violent activities of the PDP hoodlums.

It was gathered that the crisis started when one notorious thugs, Dada Ojo, accompanied by the PDP candidate for the state House of Assembly in the 2023 election, Wale Akerele a.k.a. ‘Water’; Elewedu Lekan; Lima Abiola, Rotimi Abu and Denjuwon led eight PDP-branded vehicles conveying hoodlums, miscreants carrying guns, cutlasses and other dangerous weapons, invaded Isale-Gbogi in Ward 3 Collation Centre, started harassing the INEC officials on duty.

It was further learnt that while preaching peace, the PDP thugs used an axe to inflict injuries on Opeyemi Oke, the APC Ward 3 Youth Leader; Wale Adeoye; Seyi Anjorin and many others who were rushed to a nearby public health clinic for medical attention.

Information also has it that the rampaging PDP thugs also wreaked havoc at Ward 5 Collation Centre at the Local Authority Primary School, Isokun area, where the ward chairman of the APC, Olalekan Abiodun, was severely injured with lacerations on his head and hand.

Sources close to the area also hinted that an innocent teacher got his wrist broken when the PDP thugs forcefully broke into a classroom.

It was gathered that the sporadic shooting by the PDP members and the thugs led to the hurried closure of their shops by the traders in the ancient town of Ilesa while the INEC officials handling the PVC collection exercise scampered for safety in different directions.

It would be recalled that on Tuesday around Ikoyi Junction in Ilesa while the convoy of the governor was returning from Osu, venue of the Atakumosa-West Local Government Council APC rally, one Seyi, in the company of other accomplices numbering about 15 attacked the governor’s convoy with life bullets fired at the vehicles.

It was also disclosed that in the evening of the same day, at about 9pm, the Youth Leader of the APC in Ilesa-West, Hon Abiola Olagunju, was attacked and seriously injured in front of his father’s house around General Hospital Area of Ilesa by the same Seyi Ajakaiye and his group.

Information also has it that other known accomplices of Ajakaiye who took part in the attack are Adebayo Falade a.k.a. Bayo Landlord; Ali Basit a.k.a. Basty; Lekan Akerele a.k.a. Elewedu and Lekan Oluwajayogbe a.k.a. Goo.