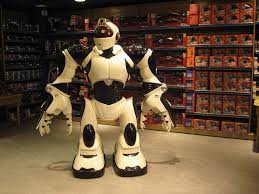 Two Information and Technology experts on Friday called on government at all levels to include Coding and Robotics in school curriculum to enhance students’ rational thinking.

Reports state that Coding is essentially written instructions that a robot or computer programme can read and then execute before students.

The teaching methods, now in use by advance countries, help to develop rational thinking, decision making, cooperation and communication in a cross-cultural environment among students.

The experts told Newsmen in Lagos that coding and robotics would help children know how to use mathematics or instructions fed into robots to solve problem in a very logical and creative manner.

According to Agbakor, ability to solve problems is a trend that is very useful in life, which should be inculcated into children at early age.

“There is need to build children to be patriotic and think critically of how to solve challenges facing the country rather than waiting for government at all time.

“The essence is for children to be excellent problem solvers, which can be achieved through coding and robotics.

“The aim is to make them ready to overcome every adversity they face in the future,” he said/

He said parents could send their children to where they would be adequately taught when on holidays.

Egbuike said that holiday boot camps, where coding, robotics and other digital skills were taught would prepare children to be entrepreneurs and employer of labour.

She said that we were in a digital world and the earlier children were engaged in digital skills the better for the country.

According to her, China did same and is advanced in technology, Nigeria can do better.