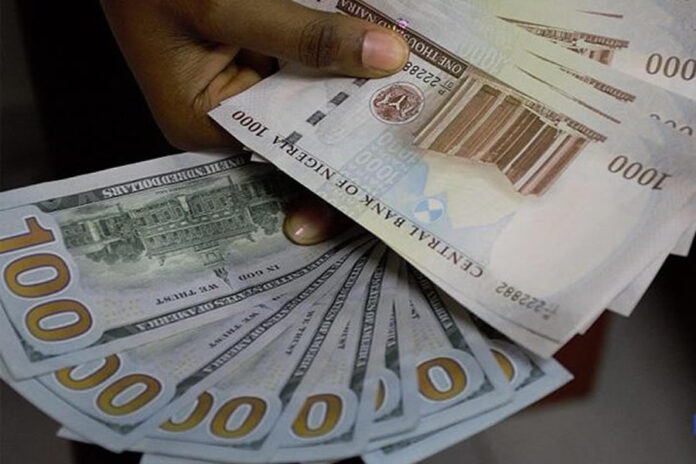 The exchange rate between the naira and the US dollar fell further to a record low of N735/$1, recording a dip of 0.68 per cent on Friday morning, 30th September 2022 on the black market, compared to N730/$1 recorded on Thursday.

Meanwhile, the exchange rate at the Investors and Exporters window fell by 0.15 per cent  to close at N437.03/$1 on Thursday, 29th September 2022, when compared to N436.37/$1 recorded in the previous session. This is despite a surge in the amount of traded FX in the window.

Total forex turnover stood at $223.3 million, representing an 86.9 per cent increase from $119.49 million that exchanged hands in the previous trading session.

The local currency, on the other hand, at the cryptocurrency peer-to-peer FX market, traded at a minimum of N736.8/$1 on Friday morning, recording a slight depreciation of 0.25 per cent as against N735/$1 traded at the same time on Thursday, 29th September 2022.