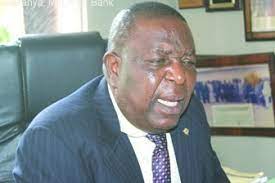 Dr Samuel Nzekwe, a former President, Association of National Accountants of Nigeria (ANAN), has urged the Federal Government to tackle the prevailing oil theft in Nigeria to boost its revenue base.

Nzekwe made the call in an interview on Monday in Ota,Ogun.

According to him, massive oil theft, lack of adequate forex, insecurity challenges and others, were contributing to the continuous inflation rate in the country.

He urged the Federal Government to make concerted efforts to curb the massive theft in the oil sector, as this was affecting the country’s daily quota and revenue generation.

“We need to produce foods for our people to ensure food security.

“This is because banditry, herdersmen and kidnapping, have taken over the farm lands across the country,” Nzekwe said.

He said this would also go a long way to stem the continuous increase in the nation’s inflation rate.

Nzekwe also spoke on his expectation from the two-day Meeting of the Central Bank of Nigeria (CBN) Monetary Policy Committee (MPC) holding in Abuja on Monday to discuss key monetary policy instruments.

He said that MPC had increased the interest rate in some of the previous meetings, but yielded no positive results due to numerous challenges confronting the country.

“It is beyond the MPC; if they increase the monetary policy rate like interest rate, this may worsen the situation.

“This is because they have already hiked the interest rate, but it is not solving the inflation problem,” Nzekwe said.

He explained that the country was on unable to meet its required quota of the Organisation of Petroluem Exporting Countries (OPEC) due to oil challenge in the sector, leading to shortage in revenue.

Nzekwe said that lack of sufficient forex and heavy dependence on imported goods had continued to make inflation rate to keep increasing.

“When you import and convert it to naira, it is very high, thus contributing to high inflation rate in the country.

“But, when the nation has sufficient foreign exchange to do its import, the inflation rate would drastically come down,” he said.