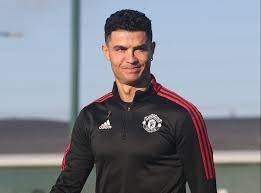 Christiano Ronaldo will leave Manchester United this summer, if they fail to qualify for next season’s Champions League, the UK Sun reports.

Ronaldo’s arrival raised optimism among the fans, who believed United could win their first Premier League title in the post-Sir Alex Ferguson era.

However, the Red Devils have endured a tumultuous campaign and sit in the seventh spot in the Premier League.

It has now emerged that Ronaldo’s representatives have already spoken with Richard Arnold, who will replace Ed Woodward as United’s CEO next month.

Last week, the Portugal captain hinted that he would not settle for anything less than Champions League football, making it clear that occupying the Europa League places is not acceptable for United.

Ronaldo also suggested that some of his teammates are not as committed to the cause as he is.