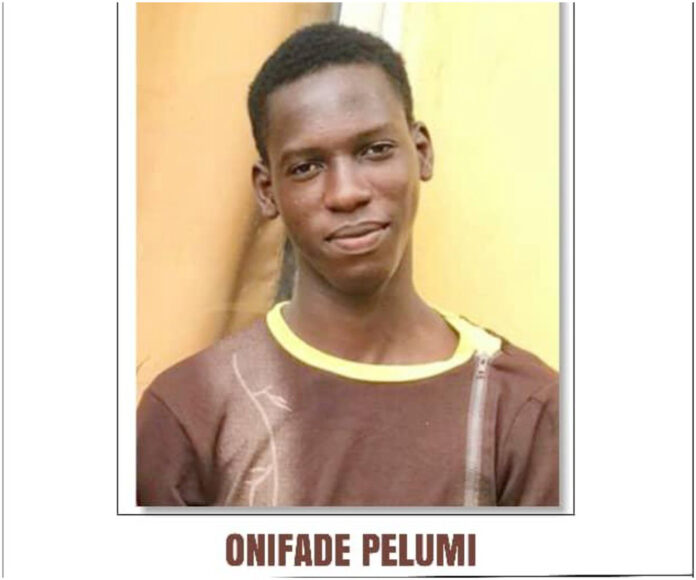 The family of a 20-year-old journalist, Pelumi Onifade, killed by police officers attached to the Lagos State Task Force are about  to be shut out from the Lagos Judicial Panel of Inquiry, a document has shown.

The family of the deceased, who approached the judicial panel on Saturday, was prevented from airing their case against the police following a preliminary objection raised against the case by the counsel to the Lagos state government.

Even though the family is yet to receive the corpse of the deceased seven months after, the state government wants the judicial panel to dismiss the case of the late journalist.

“We have personal and specific instruction as regards this matter,” Abiodun Owonikoko, a Senior Advocate of Nigeria, holding brief for the Lagos state government, told the panel on Saturday.

In the five-page document, the state government argued that the journalist was not killed by officers of the defunct Special Anti-Robbery Squad (SARS), which was the ‘sole’ reason the panel was set up, and in addition, the investigation of the Lekki-toll gate incident.

Although the terms of reference of the Judicial Panel clearly reads “Restitution for victims of SARS related abuses and Other Matters,” the panel has also been entertaining other cases not specific to SARS but relating to the police.

The state government’s lawyer, however, said Mr Onifade’s case does not merit being brought before the panel.

“It is crystal clear that the totality of the petitioner’s petition before this honourable panel bears out irrefutable and without any equivocation that the petition is against the men of the Nigeria Police Force attached to the Lagos State Environmental Task Force and not against the activities of the men of the disbanded SARS,” the notice of objection by the government partly reads.

Mr Onifade was killed on October 24 when he went to report alleged looting of the government’s facility at Abattoir, Agege area.

The journalist, who was an intern with GboahTV at the time of his death, was a 200-level student of the Department of History, Tai Solarin University of Education, Ogun State.

Drafted to cover the abbatoir incident, Mr Onifade was arrested alongside hoodlums who had exchanged fire with the police.

According to the deceased’s colleague who was also at the scene, Mr Onifade had sustained a gunshot injury by the time he was put in the police van, despite wearing a customised jacket of the station he worked with.

His employer immediately sprang into action and contacted the police. The police authorities assured him they would look into the case.

However, the body of the young journalist was found at the Ikorodu mortuary days later.

The father of the deceased, Mr Onifade, who walked into the witness box at the panel was prevented from testifying on Saturday as the lawyer for the government said a notice had been submitted with respect to the case.

The parents of the deceased journalist  also noted that the body of Mr Onifade is yet to be released by the state government, several months after the incident happened.