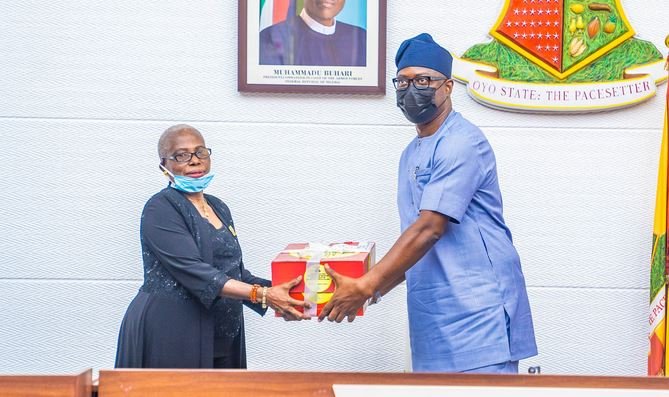 The Judicial Panel of Inquiry into police brutality and other related matters in Oyo State, on Wednesday, submitted its report to the State Governor, Seyi Makinde.

Recall that the Governor had, on November 10, 2020, inaugurated the 12-man panel of inquiry to look into reports of police brutality and extrajudicial killings in the state.

A former Chief Judge of the state, who chaired the panel, Justice Badejoko Adeniji, led other members of the committee to the Executive Council Chamber of the Governor’s Office, Agodi, Ibadan, where the reports were presented to the Governor.

In her remarks, the panel chairman said that a total of 151 petitions were received, while public sittings were held, during which about 30 petitions were struck out and 121 petitions adjudicated upon for award of necessary compensations.

She said that the panel recorded some achievements and facilitated the release of the corpses of some victims of police unlawful killings to their families for befitting burial.

“The reports and recommendations were divided into two volumes. The first one contained violation of victims’ rights by the state security agencies: Amotekun, Operation Burst and unknown hoodlums.

“The second volume contained violation by officers of Special Anti-Robbery Squad (SARS) and the Intelligence Response Team (IRT),” she said.

Adeniji thanked the Governor for the opportunity given to her and other panel members to be part of government’s initiative to give succour to victims of police brutality, victimisation, violation of human rights and unlawful killings in the state.

Makinde, while receiving the reports, assured the committee that his administration would study and implement the recommendations of the panel.

He maintained that the essence of the inquiry was not to apportion blames but to solve problems as well as prevent future occurrences.

The Governor commended the chairman and other members of the panel for their commendable efforts.

He also said that the police officers, who were also victims, would be compensated.