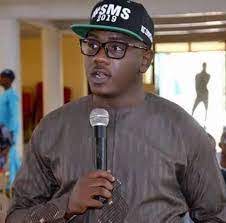 Oyo State Government on Thursday, revealed that it has partnered with Transmission Company of Nigeria (TCN) to install a power substation, saying this will address problems related to power outage in some areas of the State.

The project, according to the Commissioner for Energy and Mineral Resources, Barrister Temilolu Seun Ashamu is a 132/133/33kva sub-station in Oyo town.

During an inspection of the project, the Commissioner who said the project will stabilize and sustain power generation in the state, added that it is a bold pronunciation by the Government to tackle epileptic power supply in the State.

The Commissioner emphasized that the present administration in Oyo State is ensuring no stone is left unturned in achieving steady power activities of the citizenry.

Barrister Ashamu who was represented by the Permanent Secretary of the Ministry, Mr Joel Olaleye Ajagbe said a 500kva transformer would soon be commissioned in Ilora Farm Settlement.

He stated that installation of the transformer was part of the present administration’s determination to ensure steady power supply to boost socio-economic and commercial activities of the people.

Barrister Ashamu also hinted that the communities which have vibrant economic activities but were not connected to the national Grid would benefit from the Mini-Grid scheme project.

He added that the first phase of the scheme would be enjoyed by residents of Ajia, Otefan community, Samu community, Iwajowa, Oyo Community and Ogbomoso south local government.

Ashamu noted with delight that efforts were in top gear to establish Gas pipeline station in the state as work had reached appreciable level on the project.

It would be recalled that Oyo state has signed a memorandum of understanding (MOU) with shell infrastructure to expand its economy and attract big businesses.