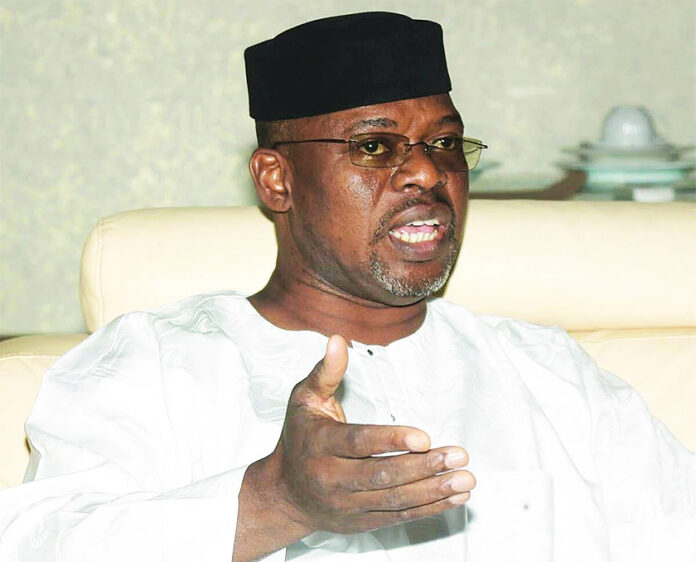 …As 6 political parties declare support for him

According to a press statement issued by the spokesman of Ekiti Build Back Better (EBBB), a pro-Segun Oni group, Idowu Adelusi, and made available to Nigerian NewsDirect in Ado-Ekiti on Wednesday, the SDP governorship candidate made the appeal when six political parties, led by their leaders, came to declare support for his candidature at the Segun Oni Campaign Office, Ado-Ekiti on Wednesday.

Their governorship candidates also stepped down for the SDP candidate.

Oni seized the occasion to allay the fear of the electorate, saying the Federal Government had assured of adequate security for the voters by deploying security personnel to the state to guarantee free environment for people to go out and cast their votes without fear of harassment and intimidation by political thugs.

Oni stated further that, “I want Ekiti people to come out enmass on Saturday, June 18, to vote for me and elect me as their governor.

“There will be adequate security for you; the security personnel will not allow intimidation and harassment of the people to freely exercise their voting rights.

“The desire to remove the All Progressives Congress (APC)-led government and free Ekiti from abject poverty, backwardness and free government workers from perpetual slavery is a joint project of all us.

“We all have roles to play; don’t stay back; be counted to be among the group of ‘Ekiti Koya, OO To Ge.’

“You need to use your vote, which is your power, to determine your future. Don’t sell your vote. If you sell your vote to the APC, you have called for another four years of suffering and slavery.

“If you have not collected your permanent voter’s card, go to the INEC office without delay.”

They said their decision was in the best interest of the Ekiti people and urged their members to embark on a house-to-house campaign for Segun Oni.

While welcoming the leaders of the parties, Oni thanked them and their governorship candidates.

He told them that rescuing Ekiti from “the jaws of the oppressors of Ekiti” was a joint project of all Ekiti people and assured the leaders that they would be counted among the group of ‘Ekiti Koya, Oo To Ge.’