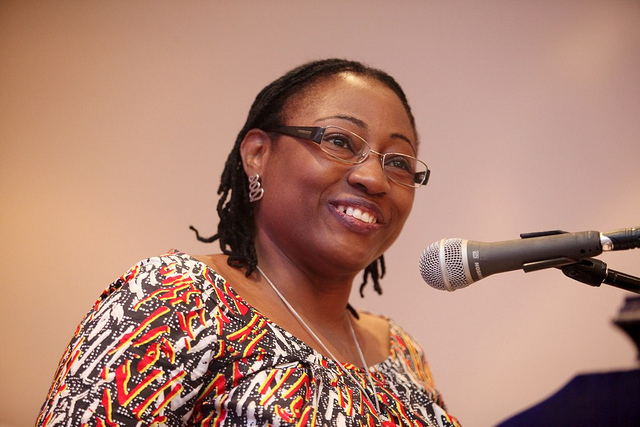 Queens FC, an Ekiti women football club, on Thursday in Ado-Ekiti presented a trophy to the wife of the Ekiti governor, Bisi Fayemi.

The Ekiti Commissioner for Youths and Sports, Michael Awopetu, led the women footballers to present the trophy to Fayemi in her office.

Awopetu, who appreciated Fayemi for her usual support to the team, said the trophy was brought to her in celebration of the team’s victory at a recent event in the state.

While appreciating the governor’s wife, the captain of the team, Ruth Ekenne, recounted that their journey towards achieving the victory was not so easy.

“In view of this, we appeal to Mrs Fayemi to help purchase a bus for the team,” she said.

While responding, the governor’s wife congratulated the team for the victory and pointed out that players of Queens FC were talented, urging them to keep their feet up.

“I assure you of my continuous support and care,” she said while applauding the coaches and others who contributed to the success of the team.