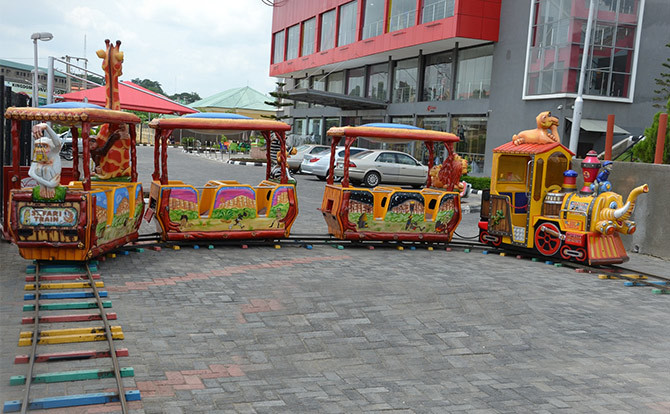 Various children’s playing parks in Ibadan, Oyo State capital, on Wednesday witnessed low turnout of children and their parents for the celebration of Eid-el-Kabir holiday.

Some of the children’s parks visited in Ibadan by our Correspondent, included Shop rite, Ringii Entertainment Spot along Ring Road, and National Museum of Unity.

It was observed that all those places were very scanty, devoid of human.

It was observed that many children and their parents were not seen in most of the parks, unlike the usual situation during festive periods like Eid-el-Kabir.

Those parks that used to be beehive of activities were dry in spite of children’s playing facilities put in place for the children to have fun.

Also, there were no human traffic that usually characterised the Shoprite area and other parks during the festivities.

One of the park coordinators, Mrs Salome Adeyemi,  said that this year’s celebration was not encouraging due to the prevailing economic situation in the country.

“You can see how dry this place is; if it was the other years, everywhere would have been filled up with parents, children eating, playing and having fun.

“This place is dry and scanty compared to other years.

“Only few people are coming in now, and we ensure that they must wear their facemasks before they were allowed to enter the gate,” she said.

Also, a mother, Mrs Ola Salami, said she went the extra mile to see that her children had fun to celebrate the festive period.

“Things are very expensive now, and there’s no money, I could not even afford to buy ram for my family this year.

“Many people, especially children would have filled up those places, if it was before, but we thank God for being alive to at least, see today,” she said.

Also, Mr Ashade Adedotun said he managed to celebrate with what he has.

Adedotun said: “The children are willing to play with almost all the facilities at the playing park here at Shoprite, but they can’t, due to our limited resources.

“Our governments are trying, but we really need them to do more, improve the economy and do something about this high cost of things, especially food stuffs.”

He, however, thanked God for giving him and his family the grace to be alive and celebrate this year’s Sallah