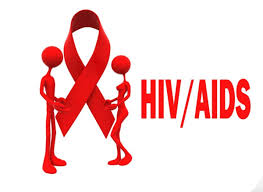 The Minister of Health, Dr Osagie Ehanire, has called for renewed commitment
to ending the spread of HIV and AIDS by the year 2030.

He made the call at a news conference in Abuja on Thursday, ahead of the commemoration of the Dec. 1, 2022 World AIDS Day (WAD).

Newsmen reports that World AIDS Day is an international day annually celebrated
to raise awareness of the AIDS pandemic caused by the spread of HIV infection and mourning those who died of the
disease.

It is observed by UN member states to render account on HIV response status and plan for the upcoming year.

The day was first observed in 1988 to unite and work toward ending the spread of the scourge. The theme of the
2022 World AIDS Day is: Equalize to End AIDS: Equal Access to Treatment and Prevention Services.

The minister of health, therefore, urged governments at all levels, especially state governments, to step up action in the fight against HIV.

Represented at the news conference by Dr Akudo Ikpeazu, the Director, National AIDS and Sexually Transmitted Infection
Control Programme (NASCP), Ministry of Health, Ehanire, who scored Nigeria high in the HIV response, said 98 per cent of
people who already knew their status were on treatment, making new infection reduce.

He, however, emphasised the need to end all forms of inequalities that impeded access to HIV prevention and treatment services.

The said that the ministry and stakeholders would continue to find HIV positive pregnant women for treatment to end Mother-To-Child transmission
of the virus.

He added that “we should step up action in identifying and promoting Prevention of Mother to Child Transmission.”

He said this had made significant progress in the fight against HIV with a decline in HIV prevalence from 3.4 per cent in 2017 to 1.3 per cent in 2018.

On his part, Dr Leo Zekeng, the Country Director, UN Joint Action Against HIV/AIDS (UNAIDS), called for total dismantling of all forms of inequalities
impeding access to HIV prevention and treatment.

Zekeng, who reiterated the call for equal access to treatment, said it was time for full implementation of anti-discrimination law in the country.

Ibrahim urged all to join hands in detecting and preventing HIV for a greater and healthier future generation.