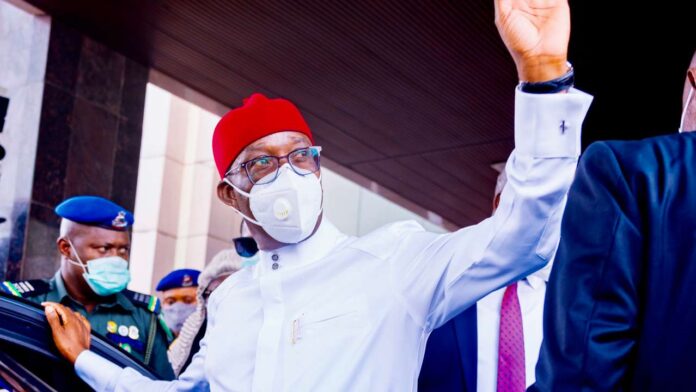 Gov. Ifeanyi Okowa of Delta has congratulated the state’s contingent to the just-concluded 20th National Sports Festival (NSF) in Edo, for emerging overall winners at the games.

In a statement by his Chief Press Secretary, Mr Olisa Ifeajika, on Thursday in Asaba, the governor commended the contingent for its outstanding performance and for sustaining the state’s winning streak at the sports fiesta.

According to him, Team Delta has again brought honour to the state by winning the competition for the sixth consecutive time.

“On behalf of the government and people of Delta, I congratulate members of the victorious ‘Team Delta’ for, once again, bringing honour to our great state with their sixth consecutive win at the NSF.

“Just like I said before your departure to Benin for the games, you all went through trying times preparing for the 20th edition of the festival.

“I am glad that by the grace of God, with discipline, perseverance and motivation, you have once again brought the trophy home.

“Although we had a stiff contest from the host, we were able to maintain our unassailable lead, and we give God all the glory.

“Let me assure you that because you have kept your own side of the bargain by winning the competition again, the state government remains irrevocably committed to rewarding medalists at the competition,” Okowa said.

He commended the state’s Sports Commission and coaches of Team Delta for leading the contingent to victory.

The governor also lauded Edo government for not only hosting the festival after several postponements, but doing so successfully.

Team Delta, the defending champions of the competition, topped the table with 158 gold, 126 silver and 110 bronze medals, hauling a total of 394 medals.