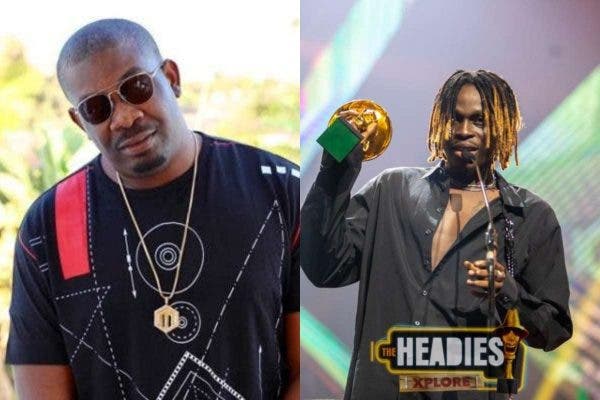 Fireboy emerged as the biggest winner at the ceremony couping four awards to himself. He won in the Best R&B Album, Best R&B Single, Best Pop Album, and Revelation of the Year categories.

It was a reward for Fireboy’s second studio album, Apollo. The 17-track album includes “ELI,” “Tattoo,” and “New York City Girl,” as well as appearances from D Smoke, Wande Coal, and Olamide.

For this Don Jazzy feels the album is good enough for a Grammy prize as he tweeted “That Fireboy album suppose win Grammy sef.”