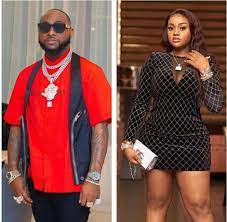 Nigerian music star, David Adedeji Adeleke, popularly known by his stage name, Davido, has confirmed that he would be marrying Chioma Rowland in 2023.

In an Instastory posted by the flamboyant UK-based Nigerian pastor, Tobi Adegboyega, OBO declared that the nuptials would be next year.

In the video, Adegboyega hailed Chioma as “Our wife, our real wife,” and Davido added, “Hundred per cent, going down, 2023.”

Chioma, the mother of Davido’s son, Ifeanyi, was spotted with the singer in several videos, years after their rumoured breakup.

Davido had on September 3rd, 2019, held an introduction with Chioma’s family. Fans expected their proper wedding ceremony which never took place till date.