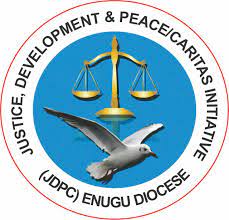 The Justice Development and Peace Centre (JDPC), Catholic Diocese of Akure, has appealed to Independent National Electoral Commission (INEC), to double its efforts in ensuring the smooth registration of citizens ahead of 2023 general elections in the country.

Recall that the Independent National Electoral Commission has scheduled to begin a nationwide registration of voters from June 28, 2021. The process will provide eligible citizens, especially women and young girls, who are 18 years and older to register.

Kingsley Okoeguale, who spoke on behalf of JDPC on Tuesday in Akure, the Ondo state capital, said the ahead INEC Continuous Voters Registration (CVR) across the states should promptly encourage more people to participate in the process.

According to him, INEC should roll out plans to ensure access to the CVR centers for new mothers, pregnant women, people living with disabilities and other vulnerable people who will turn out to register.

He, however, said the centre was optimistic that the current exercise would help to address the systematic decline of voter turnout in elections.

Speaking in the same vein, Bola Inyang, the convener, ‘Speaking Voice,’ tasked the Civil Society Organizations to embark on massive civic education exercises to enlighten citizens to register to vote.

“We hereby call on the government and Parliamentary Staff Association of Nigeria to continue negotiations in order to call off the strike in the interest of the people, especially this will fast-track the passage of the VAPP bill in Ondo state,” Inyang said.