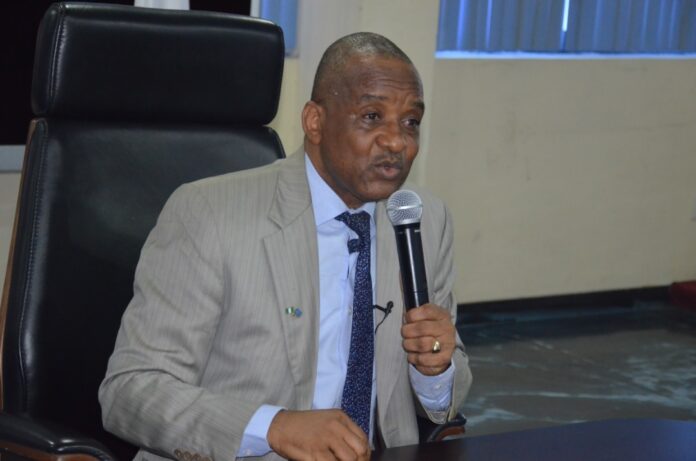 Recall that the PLIs that were approved for the disbursement of the fund are Zenith, Polaris, United Bank of Africa (UBA) Jaiz and Union bank.

Briefing journalists after the meeting at NIMASA headquarters in Lagos, the Director-General of NIMASA, Dr Bashir Jamoh stated that the modalities to be released by the five banks include the interest rate, tenure, collateral and requirements needed to access the fund.

According to Dr Jamoh, the interest rate must be of international best practices because the money to be released to the banks are in foreign currencies and not local currency.

He, however, stated further that the disbursement of CVFF can’t start without stakeholders’ engagement, saying that was why the agency met with the PLIs.

“What we want them to do now is to come up with collective decision and that cannot take more than 72 hours. As we are leaving this boardroom, they will sit down and decide on the interest rate to be used because we don’t want them to come individually to us with different interest rates, we want them to have a consensus and a standard template on the disbursement of funds as well as the interest rate.  This is what we advised them to do and as soon as they finish that, we will then invite the shipowners,” he said.

When asked what will be the interest rate and the collaterals needed by shipowners to access the loans, he said the guidelines will disclose that.

“The guidelines will tell us the interest rate and how it is supposed to be as regards the tenure, collateral; because we won’t allow them to come and make the shipowners feel very insecure.

“I mentioned to them about the issue of collateral. They all have NIMASA money with them, so all these things will be deliberated among themselves. Let’s allow them to go through our guidelines seriously and see how they can adjust within themselves because we are giving them international currency not Nigerian currency. They cannot start looking at Nigeria lending rate but the uniform international best practices. So we are still on track because the guidelines stipulated everything,” the NIMASA DG added.

Speaking earlier, the Managing Director Jaiz bank, Dr Sirajo Salisu, assured indigenous shipowners that the fund would be disbursed to them at the appropriate time.

He, however, informed the shipowners that CVFF is not a grant or money that can be received without paying back to the banks.

“We will try our best to partner with the beneficiaries or the proposed beneficiaries of these funds and I believe they are much aware that this is not a grant. This is not money that they will just take away. This is money that is meant for a purpose and we will ensure that that purpose is achieved to the benefit of the country,” Dr Salisu stated.

Also speaking, the Director, Head of Enterprises, Polaris bank, Femi Aribaloye stated that whatever will be needed by the banks to ensure the disbursement will be carried out. He however raised concerns on the risks involved on the part of the banks.

“Whatever it is that we needed to do in terms of structure and interest will be carried out, but I think the ultimate or the most important thing here is to ensure that this thing is successful and that’s why we are here and that’s why this particular fund is now being disbursed in collaboration with the bankers.

“We are also very much aware of the environment which we operate in. We know things can be a little bit turbulent. Policies, economic situations might change, so I just want to find out since it’s also within the purview of the Ministry of Transportation, if there is anything that can be done to further minimize the risk that the PLIs are going to be carrying.

“We look at the chance of possibility of a partial guarantee because as financial institutions, we would like to ensure that everything is done rightly,” he said.