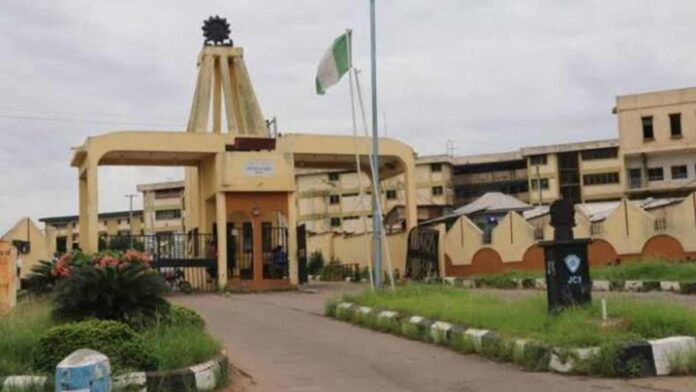 In the wake of embracing fashion, lifestyle and civilisation of European culture, Nigerian undergraduates have accepted fashion trends that appear a little extravagant for students who are supposed to be certified worthy in character and learning upon graduation.

The so-called civilisation and the reality that one who has secured university admission seems to be accountable to this trend which is fast becoming a norm among young people, despite several efforts by various school authorities to tame it.

In a survey by Nigerian NewsDirect, it was revealed that enforcing a decent dress code among undergraduates is one aspect that has not been successfully regulated by tertiary institutions owing to students’ defiance to laid down rules.

Several schools have adopted different strategies to control students’ inappropriate dressings, yet little or no success has been achieved.

However, most religious-based institutions have succeeded in inculcating moderation in their students through regulatory bodies like disciplinary committees, panels and the likes, which is to the disappointment of some of these students, as they have alleged infringement on their rights to freedom of expression.

A student of Kano State Polytechnic, Ibrahim Mariam, revealed that only cover-up dresses are acceptable as decent dresses in their institution.

“For females, sleeveless dresses, skimpy gowns, and trousers are prohibited except with long hijabs,” she said.

The management also ordered lecturers to ensure that no students are allowed into the classrooms when indecently dressed.

In a statement issued by the interim Head of the Centre for Information, Olaniyi Jeariogbe, the University warned that it is no longer comfortable with the continuous disregard for its rules and regulations on the mode of dressing by the students on campus.

The statement said the Vice-Chancellor, Prof. Ibiyemi Olatunji-Bello, had informed the College Provost, Deans of Faculties and Heads of Departments, as well as faculty officers both in the main and satellite campuses to join hands to enforce the new dressing rules.

The 15 indecent dressing codes outlined by the Institution include wearing transparent dresses, dirty jeans with holes or obscene subliminal messages, mini and skimpy skirts/dresses, and other clothes revealing sensitive parts of the body, particularly by ladies, tattered clothes, “baggy,” “saggy,” “yansh,” “ass level,” and all other forms of indecent trousers.

Others are shirts and tops with obscene write-ups, tight-fitting apparel, rolling of sleeves or flying of shirt collars, obnoxious or seductive inscription; improperly buttoned shirts dresses, shirts without buttons, complete covering of faces (very dark glasses) or wearing of face caps; piercing of body and tattooing; wearing of necklace and earrings by male students, wearing of very big drooping earrings, wearing of necklaces and nose ring by students.

The Vice Chancellor of the University, Rev. Fr. Christian Anieke, announced this on Tuesday while addressing staff and students of the institution as they returned from Christmas and New Year breaks.According to him, henceforth, all students are to be dressed in their faculty uniforms with appropriate ties and shoes.

“No student is expected to wear flippers, rugged jeans, coloured hair, long fingers, face caps or artificial eye lashes,” he directed. Anieke expressed regrets that most students and staff wearing t-shirts with unauthorised inscriptions, contrary to the dressing code of the institution.”

He made it clear that male students must comb their hair well or shave them. The Vice Chancellor revealed that the management of the University had introduced qualitative assessments of all the teaching and non teaching staff of the university.

“Principal officers of the institutions will henceforth visit the lecture halls to assess the lectures by the academic staff while the non teaching staff will submit their roll calls at the beginning and closing of each day’s activities.

“Students who fail to attend lectures will not be allowed to sit for examinations,” Anieke warned. He also announced that the 14th Matriculation of Godfrey Okoye University Enugu will take place on January 27.

The clergyman made it clear that none of the female matriculants would be allowed to wear any shoe that was more than four centimetres high, stressing that the students must wear decent dresses.

For the males, he said, they were to be in suits with university tie to march. The Vice Chancellor further announced that the first semester examinations for all the students would commence immediately after the matriculation.

Anieke explained that the early conduct of the examinations was in compliance with the demands of the parents of the students to have their children at home during the general elections. He advised young people to focus on what they could contribute to the solution of the nation’s problems.

The Vice Chancellor further urged Nigerians to protect their Voters’ Cards and vote wisely during the elections.

In the same vein, the management of The Polytechnic, Ibadan, Oyo State has banned hugging, indecent dressing, use of tinted vehicles and other forms of immoral conduct by students of the institution, while on campus.

Violation of the new rules, according to the management of the institution, will attract stiff sanctions ranging from a semester suspension, rejection from classrooms or hostel for erring nursing mothers, and impounding vehicles from any student using a vehicle with tinted glass.

The notice reads: “Certificates of the Polytechnic, Ibadan are awarded to students who are found worthy in both academic pursuit and good character.

“Students are required to abide by the institution’s standard and code of conduct, of which indecent dressing/posture is one.

“The management, on behalf of the Governing Council has approved for implementation of the under listed sanctions for the following categories of indecent dressing/posture.”

In a related development, schools such as Ilaro Polytechnic, Delta Polytechnic, Lagos State Polytechnic among others have set new rules and regulations that guide against indecent dressing that could cause a disrepute to their institution.