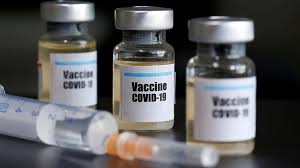 The Federal Capital Territory Administration (FCTA) says it vaccinates no fewer than 40,000 residents in the nation’s capital since the rollout of the exercise on March 16.

The Acting Executive Secretary, FCTA Primary Healthcare Board, Dr Nda-Eyo Iwot, made the disclosure while monitoring the vaccination of FCT lawmakers on Monday in Abuja.

Iwot said that the figure was part of the one million doses so far inoculated nationwide.

He urged residents to ignore conspiracy theories and fake news being pushed on social media about the vaccine, stressing that no known adverse effect of the vaccine had been recorded.

Earlier, the Permanent Secretary, FCTA, Mr Adesola Olusade, who commended lawmakers for publicly taking the vaccine, said the move would not just validate the efficacy and safety of the AstraZeneca vaccine but would boost public confidence in the exercise.

Olusade stated that government would not make it compulsory for Nigerians to take the jab.

He, however, explained that certain situations could necessitate taking the jab.

Also, Sen. Phillip Aduda, commended the efforts of the FCT Administration to curbing the spread of the pandemic.

He said the decline in the number of positive cases was an indication that the FCT administration was getting it right.

Aduda, who led other FCT lawmakers, Rep Micha Jiba and Rep Hassan Usman Sokodabo to get their jabs, said doing that would convince their supporters that the vaccine was safe.

“We members of the National Assembly, our families and domestic staff are here to be vaccinated. As a leader, I should be able to convince the people that this is safe,” Aduda said.