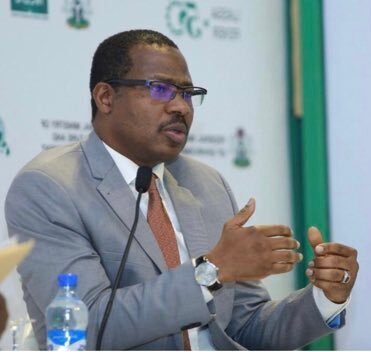 Recall that on October 4th, 2021, Nigeria received over half a million (501,600) of Astrazeneca vaccines donated by the Government of France through the COVAX facility which was officially announced on October 8th, also received 434,400 doses of the Johnson and Johnson vaccine on 7th October, 2021. And on Wednesday, the Presidential Steering Committees on COVID-19 announced 1st December, 2021 timeline Vaccination of all government workers to ensure a safe working environment for all citizens.

The Executive Director and Chief Executive Officer, Dr. Faisal Shuaib, while intimating newsmen in Abuja recently on the progress so far in making sure that Nigerians are protected from the infliction of COVID-19 using safe and effective vaccines, said, “We would also be expecting more supplies of vaccines in the coming days via COVAX facility and the African Union. As we enter into the period of intensive vaccination, with more vaccines arriving the country, it’s my fervent hope that more people will turn up at the vaccination sites to be vaccinated, so that Nigeria can rapidly progress towards attaining herd immunity.”

The NPHCDA ED maintained that there’s no vaccine mandate as it’s reported by the media, saying it is just a logical choice between taking the vaccine and showing proof of being COVID-19 free by presenting a negative PCR test taken 72 hours prior, which is also applicable to all federal government institutions in the federation. It is to also extend full coverage to schools, religious centre as well as shopping malls.

“It is part of the Presidential Steering Committee and Ministry of Health’s mantra to always use scientific evidence to make decisions for the benefit of all Nigerians. We also prioritize the vaccine making sure that those who have been vaccined received the second dose especially the elderly  before those who are yet to be vaccinated,” he said.

Assuring the availability of vaccines to sustain FG population and supply chain figured out, Dr. Shuaib stated that “based on delivery forecast from the COVAX facility and the African Union, Nigeria will have adequate vaccines to cover more than 50 per cent of eligible populations by the end of the first quarter of 2022.

“We are cognizant of the fact that some unscrupulous elements would want to get the cards and not the jab. We are working with relevant security agencies to make example of these individuals who may want to buy or sell the cards  by naming and shaming them. We are also enhancing the security features of our vaccination cards in order to limit forgeries.”

In a bit to expand access and utilization of vaccine, the NPHCDA head, announced the commencement of decentralizing vaccination in the federation, including private health care providers. Adding that the decentralization  obstructs the FG free vaccination policy to both government and private health facilities.

He further said, “To ensure seamless decentralization, we have begun training health workers in the selected private health facilities and the sensitization of critical stakeholders to create awareness and sensitize them on the plan and criteria for involving private sector in COVID-19 Vaccination and secure their buy-in. The process of involving private sector will be transparently done in line with our pledge of accountability to Nigerians.”

Dr Shuaib also disclosed that that the agency has carried out observation in six states: Anambra, Borno, Edo, Kastina, Lagos and Plateau, to monitor the safety of COVID-19 vaccine enrolled to people aged 18 years and above who have also received the authorized COVID-19 vaccine in the country for the purpose of safety signals dectection.

He added that data shows 1,284 were enrolled which represents 52.6 percent of enrollees reported non adverse effect, only one or 0.08 percent reported serious adverse effects in the first week following vaccination and no hospitalization as such. Also 20.9 per cent tenderness was commonest reported symptoms among vaccinees at injection site, and fever 20.3 percent. Total data reported symptoms is 55.5 per cent.

“55.5 per cent of most of the reported  occurred within three days of vaccination while 40.2 per cent  of the vaccinees with reported could not recall time of onset symptoms. Adverse effects following immunization were reported more in the older aged groups with 61.5 percent of those older than 60 years reporting symptoms compared to 34.5 percent between age 19 to 24 years,” Shuaib stated.