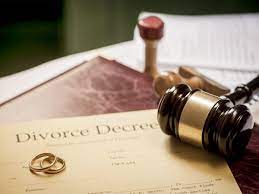 Idris, in his petition alleged that Bosede does not respect him and she picks a fight with him over the smallest issue.

Delivering judgment, the President of the Court, Mrs. Foluke Oyeleye observed that the marriage had broken irretrievably.

Oyeleye awarded custody of the child to Bosede and ordered that Idris should be responsible for the school fees.

She said the petitioner shall pay N10,000 monthly for the upkeep, feeding and maintenance of the child.

Giving evidence, Idris said:” I have no rest of mind. She does not take corrections and she threatens me.

“I have performed my duties as a husband and fathers. I want custody of my child because I want her to grow in Islam and attend a Muslim school like my other children,” he said.

Giving evidence, Bosede, 32, denied the allegations leveled against her by her husband.

“He has not been taking care of our daughter.My daughter misbehaved after he took her away from me to live with him. This shows improper upbringing,” she said.