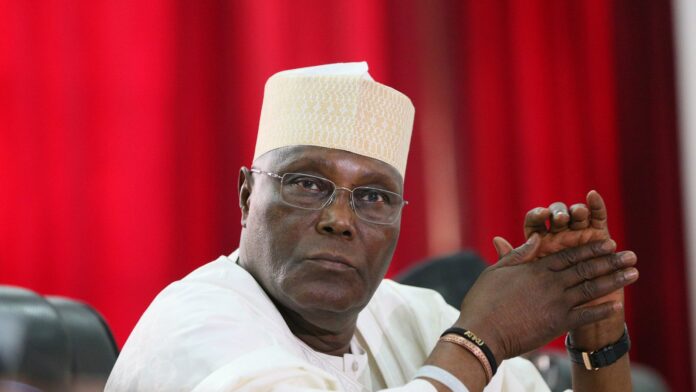 A Federal High Court, Abuja, on Monday, fixed Feb. 21, 2022, for judgment in a suit seeking to challenge former Vice-President Atiku Abubakar’s eligibility to vie for the office of the president.

Justice Inyang Ekwo fixed the date after taking arguments from counsel to the parties in the suit.

EMA is challenging Atiku’s eligibility to contest for presidency on the grounds that he was not a Nigerian citizen by birth.

The group asked the court to hold, among others, that considering the provisions of  Sections 25(1) &(2) and 131(a) of the constitution and the circumstances surrounding the former vice president’s birth, he cannot contest for the top office.

Reports also state that the Adamawa State Government, through its Attorney-General (AG), had, on July 27, sought an order of the court to be joined in the suit.

The court, in the motion dated April 26 and filed June 24, granted the prayer of the AG of Adamawa to be joined in the case as 5th defendant.

The Adamawa government had told the court that Atiku was eligible to vie for the office of the president.

It said Atiku, against whom the suit was primarily directed, is a citizen of Nigeria from Adamawa who had been elected as a governor of the state in 1999 and served as the vice president of the country between 1999 to 2007.

It stated that the suit threatened the right of not just the ex-vice president to contest the office of the president “but that of the citizens of Nigeria,  of Adamawa origin covering 12 out of the 21 Local Government Areas in the state.”

When the matter was called on Monday, Counsel to the plaintiff, Akinola Oladimeji, informed that the matter was slated for hearing of his originating summons.

“We have amended originating summons in response to 1st to 5th defendants counter affidavits,” he said.

Jegede, after withdrawing two motions earlier filed, one of which challenged the jurisdiction of court, urged the court to dismiss the plaintiff application.

He argued that a previous case relied upon by the applicant in filing the suit did not relate with the matter at hand.

The senior lawyer also argued that the matter was already stale as it was tied to 2019 election, in which his client vied for the election, challenged the poll and was unsuccessful.

He said this defined the futility of the plaintiff case.

He described the matter as a preelection matter, urging the court not to waste its time on it.

“I stand in alignment with the learner SAN that this matter is stale.

“They filed this before 2019 election that the 1st defendant (Atiku) should not be cleared.

The lawyer argued that there was no single line in the plaintiff application that specifically stated on good ground why Atiku could be debarred from being cleared from contesting election.

He urged the court to dismiss the suit with punitive cost against the plaintiff.

Also lawyers to the 4th (AGF) and 5th (AG of Adamawa) defendants also presented their arguments in the matter.

The plaintiff lawyer, Oladimeji, disagreed with counsel to the defendants.

He said the suit sought to know the citizenship of Atiku.

He clarified that the suit was not a preelection one.

“For the purposes of clarity, a preelection matter is filed by an aspirant in an election.

“The plaintiff is not an aspirant, it is only seeking an interpretation into the questions raised,” he said.

Oladimeji argued that even though Atiku was said to have been born in Nigeria, he was not a Nigerian citizen.

He stated that for the fact that the mistake had, been done in time past did not mean that this should continue.

He said the interest of the group was for the court to interpret the constitution within the ambit of the law.

Justice Ekwo adjourned the matter until Feb. 21, for judgment