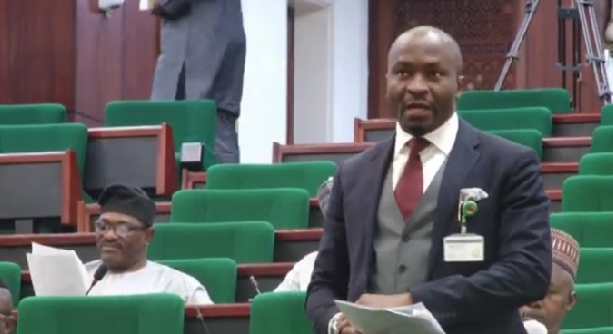 Reports state that a chieftain of All Progressives Congress (APC), Mr Okechukwu Ezeala, filed a suit asking the court to sack Kalu over alleged certificate forgery.

The claimant had in the originating summon alleged that the primary, secondary and NYSC discharge certificates of the member representing Bende Federal Constituency were forged.

He alleged that the certificates were bearing different names, including Umunna, Okezie, Osisiogwu and Kalu, without valid proof that they belonged to him.

The claimant contended that Kalu did not submit any valid document to prove that he attended both primary and secondary schools as there is no Benjamin Kalu in the certificates he submitted to INEC.

The court held that the claimant failed by the way of evidence, to discharge the burden of proof.

The presiding judge held that Kalu had proved that all the documents submitted to the Independent National Electoral Commission (INEC) belonged to him.

“This case lacks merit. I therefore dismiss it,” the judge said.

NAN reports that other defendants in the suit No. HU/265/2020, include; the APC, INEC and the Speaker, House of Representatives.

Counsel to the claimant, Mr Charles Onuchukwu, while speaking with journalists in Umuahia, said that they would apply for the copy of the judgment to know whether they would appeal it or not.

However, Ezeala, who is the Chairman of the Local Organising Committee for APC in Abia, told journalists that he did not intend to challenge the judgment anywhere.

“Ours is to ask a question, not to witch-hunt anybody. We have also learnt a lesson that you can do something and get away with it, so long as people sleep over their rights,” he said.