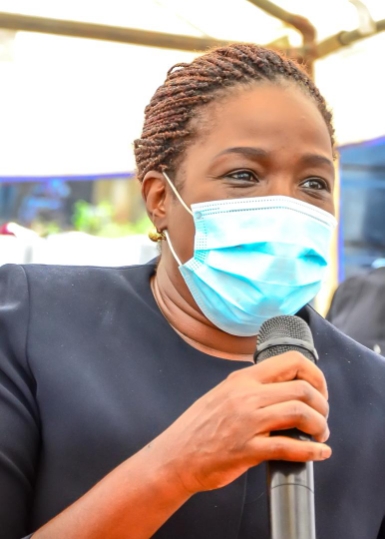 Following the outbreak of cholera in some parts of Nigeria, the Ogun State Government has called on residents to be wary of unhygenic practices capable of giving rise to infections and resulting in avoidable loss of lives.

The State Commissioner for Health, Dr. Tomi Coker, made this call on Tuesday when she paid enlightenment visit to Sabo Community in Abeokuta North Local Government Area of the state, where the disease was recently reported.

She emphasised the need for residents to desist from poor hygiene which may introduce bacteria to their food, unclean source of water, open defecation and unwholesome waste disposal, affirming that the state government is working hard to ensure that no life is lost again to cholera which she described as a treatable disease.

Coker said the state government had stationed an ambulance at the Sabo Primary Health Center ( PHC), while also supplying all necessary commodities for immediate treatment of the disease, saying treatment can be accessed at the health facility as well as the State Hospital Ijaiye free of charge.

“Our hope is that no one else dies from this preventable disease in our state. Once we have one confirmed case of cholera, it means we are already dealing with an outbreak. Every human life is important to us. We want to use this opportunity to call on leaders in this community as well as other communities to help us discourage residents from patronizing quacks for the treatment of cholera”, she said.

The Commissioner, however, told the community that whoever develops symptoms relating to cholera such as frequent vomiting and stooling should be taken to the Primary Healthcare Center within the area which has been equipped to address any form of outbreak.

Coker, who went round the streets of in the Sabo Area, called on community leaders across the state to continually emphasize the need for a clean environment and food hygiene to their followers, adding that epidemiologists in the state are on top of the matter as the state government is playing its part by sensitizing the public about disease on various media.

Speaking on behalf of the people of Sabo Community, the Seriki Hausawa of Egbaland, Ibrahim Hassan Hassan, appreciated the state government for its swift response, expressing optimism for his people’s behavioural change towards a clean environment.

“We appreciate that government recognized us by sending a whole Commissioner to enlighten us about this disease. We heard that Cholera is all over the nation. For us, we will be more careful and practice all that we have been told,” he said.