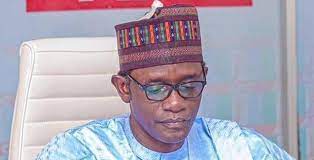 Recall that, last week, the Acting Chairman, Caretaker Committee and Governor of Niger State, Abubakar Bello fixed the NEC meeting as part of the efforts to strengthen decisions towards the party’s forthcoming National Convention.

However, a press release issued on Thursday by Salisu Na’inna Šambatta, National Director (Publicity), APC Headquarters, Abuja revealed that an earlier press starement attributed to the Buni is not true.

The statement read in part, “This is to bring to the notice of all stakeholders and members of the party that the purported suspension of some activities initiated and executed by the Caretaker Extraordinary Convention Planning Committee under the acting Chairman and Niger state Governor, H.E Muhammed Sani Bello is NOT TRUE”

“Therefore, all activities that were done in my absence remain valid and binding. All party stakeholders and members are hereby advised to disregard the previous statement discarding the activities of the Committee under the leadership of the Acting Chairman.

“It could be recalled that I had duly transmitted power to His Excellency, the Niger state Governor, H.E Muhammed Sani Bello to enable me undergo medical attention. Therefore, all actions and neasures taken by the Committee under his leadership as Acting Chairman remain effective.

“The party calls for support and understanding to move the Party forward to a successful Convention slated for March 26th, 2022.”