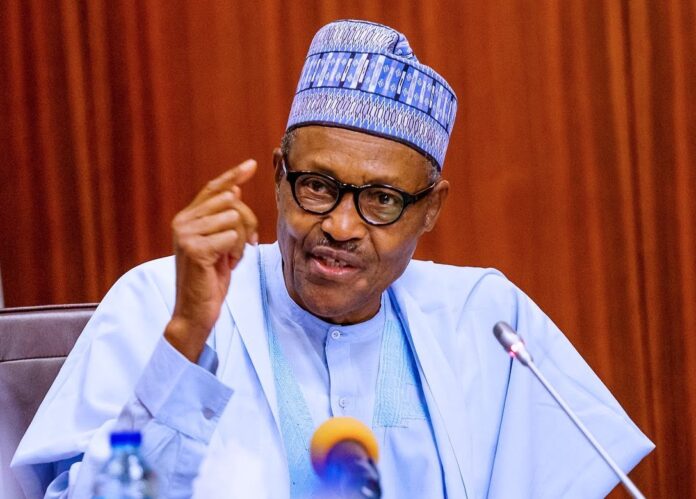 President Muhammadu Buhari arrived in Bauchi State amid heavy security presence on Tuesday to flag off oil exploration activities in the state. He was welcomed by northeast governors and eminent politicians of northern extraction to conduct the ground-breaking ceremony of the Kolmani Oil Prospecting Lease (OPL) 809 and 810 at the Kolmani field site located in Bauchi and Gombe states.

The President was conveyed in a chopper to the drilling site around 11:45 am and landed at the Kolmani field in Barambu village in Alkaleri Local Government Area of Bauchi State, where he was received by Governor Bala Mohammed of Bauchi State, Simon Lalong of Plateau State, Babagana Zulum of Borno State amongst others.

Recall that the Kolmani Oil Prospecting Lease (OPL) 809 and 810 at the Kolmani field site will be the first oil drilling in northern Nigeria, following the discovery of oil in commercial quantity in the region about two years ago.

With the discovery and exploration of oil in the state, both Bauchi and Gombe may in the near future begin to benefit from the 13% derivation from oil accruals to states.

Beyond this, the Buhari administration boasts of being the first to discover oil in the north.