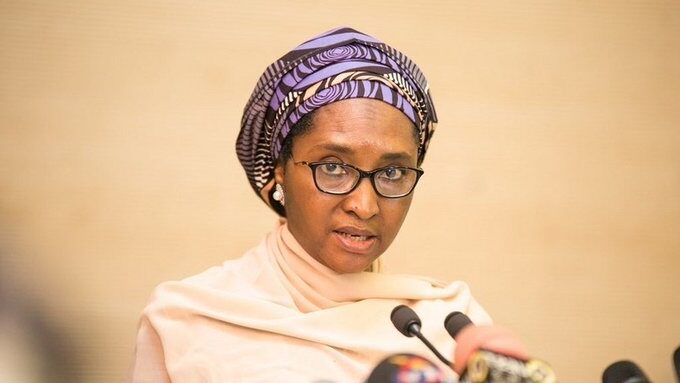 The Minister of Finance , Budget and National Planing, Dr. Zainab Shamsuna Ahmed has disclosed that Defence, Infrastructures and Education have been allocated the highest figures of the 2022 Budget proposed expenditure at N16.39 trillion.

The Minister stated this during  her public presentation and breakdown of highlights on the 2022 appropriation bill held in Abuja on Friday.

The Minister emphasized that the projected aggregate revenue available to fund the 2022 budget of N10.13trillion is 24.8percent higher than the 2021 projection of N8.12trillion.

She stressed that to promote fiscal transparency, accountability and comprehensiveness, allocations to TETFUND and the budgets of 60 Government Enterprises (GOEs) are integrated in the FGN’s 2022 budget proposal.

Dr. Shamsuna noted that 34 per cent of the projected revenues is to come from the oil related sources while 65.1 percent is to be earned from non-oil sources.

While explaining income sources, she stated that the 2022 aggregate FGN Expenditure (Inclusive of GOEs and project-tied loans) is projected to be N16.39trn which is 12.2 percent higher than the initial 2022 MTFF.

The Minister argued that Recurrent (Non-Debt) spending, estimated to amount to N6.83trn, is 41.7 percent of total expenditure and 18.5 percent higher than the 2021 budget.

“However, inflation is expected to remain above single digits in the medium term given structural issues impacting cost of doing business, including hight distribution cost.”

The Minister, however, noted that revenue generation remains the major fiscal constraints of the federal government.

She said, “The systemic resources mobilization problem has been compounded by recent economic recession. Several measures are being instituted under the Administration’s Strategic Revenue Growth Initiatives to improve government revenue and entrench fiscal Prudence with emphasis on achieving value for money.”

The Finance Minister stressed that the 2022 budget is expected to further accelerate the recovery of our economy as early passage of the budget for implementation from January 1st will significantly contribute towards achieving government macro-fiscal and sectoral objectives.

Recall that President Muhammadu Buhari had yesterday presented the 2022 appropriation bill of N16.39trn expenditure to the National Assembly.

The breakdown of the budget  indicates that N768.28 billion was earmarked for statutory transfers, N6.83 trillion for non-debt recurrent costs, N792.39 billion for overhead costs, and N5.35 trillion for capital expenditure.

While the president was presenting the budget at the Joint Session of the National Assembly, Abuja, he emphasised that, “The 2022 Budget will be the last full year budget to be implemented by this administration.”

He added that, “We designed it to build on the achievements of previous budgets and to deliver on our goals and aspirations as will be reflected in our soon-to-be launched National Development Plan of 2021 to 2025.”