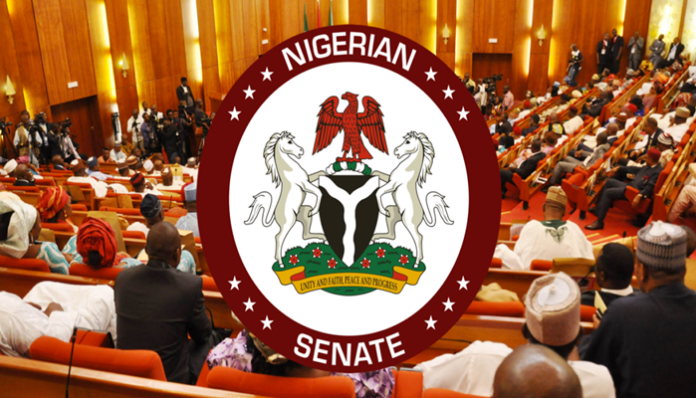 A bill which seeks to provide for the rotation of power  among the geo-political zones and districts in the country on Tuesday suffered a setback in the Senate.

The bill, sponsored by Senator Abba Moro (PDP-Benue South) was titled, “A Bill for an Act to provide for Rotation of Power and for other related matters therein, 2022.”

Senator Abba Moro was done with his lead debate on the bill before he requested to be allowed to step down the bill for further consultation, to avert an apparent situation in which the bill could have been defeated.

Presenting the bill before he withdrew it, Senator Moro said, “The one and sole intent of this bill is to enact a legislation that will make provisions for the rotation of political power amongst the geo-political zones, Governorship amongst the Senatorial Districts and Federal constituencies in general elections in Nigeria.

Senator Abba Moro reminded his Senator colleagues the Federal Character Principle in the constitution which “requires fair and equitable representation of different ethnic and regional groups in the composition of all tiers of government.

“This was designed by the framers of the constitution to ensure that there is no predominance of persons from a few states or from a few ethnic or sectional groups in running the affairs of the country.

“Certain zones and regions feel marginalised and denied political power and this has led to emotive violence and social unrest.

“The way forward to bring about political stability in the country and to give every section, zone or group a sense of belonging and inclusion is to embrace rotation of political power with open arms.”

The Benue Senator told his colleagues that the proposed law was not intended for the 2023 elections having realised that the 2023 polls would have been over by the time the bill runs its full cycle.

Senator Istifanus Gyang (PDP-Plateau North) was on the same page with Senator Moro when he said if passed, the bill would help in managing the diversity of Nigeria in such a way that feelings and perception of marginalisation could be addressed.

However, many Senators were opposed to the bill. They argued that the provisions of the bill contradict a section of the Constitution that grants everyone the right to aspire to contest for any office without any inhibition.

Speaking against the bill, Senator Bala Ibn Na’Allah said, “We never had a bill of this nature for Goodluck Jonathan to emerge as President.

“No matter how we try to allow our sentiments to drive our desire for a very united, equitable country, we equally have a responsibility to balance that with the oath of office that we have taken as Senators if the Federal Republic of Nigeria.

“This Senate cannot legislate on this matter without doing a great violence to our constitution.”

The Deputy Senate President, Ovie Omo-Agege argued in the same vein that the proposed legislation contradicts the provisions of the constitution.

“On a good day, I ordinarily would align myself with the intent behind this bill. But I’m taken aback. This is not a bill for constitutional amendment.

In his remarks, the Senate President Ahmad Lawan commended Senator Moro for coming out with the bill and withdrawing it in the light of the views expressed by his colleagues.

Lawan said Moro should feel free to represent the Bill in future if he feels strongly about it.